The European Union is to target Iran with its “toughest ever” package of economic sanctions directed at officials, banks and the country’s oil industry. 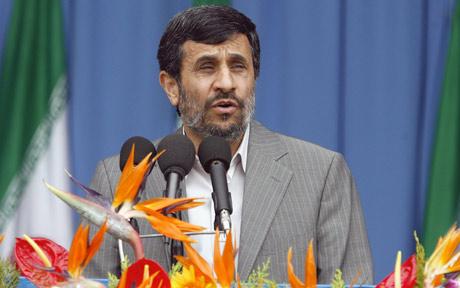 Legally binding measures to be agreed on Monday will go far beyond existing United Nations measures against Iran’s nuclear programme.

Officials said the impact of the measure would be to starve key companies and banks of access to the European market. Significant levels of trade with Germany and Italian would be cut off.

“I think the Iranians will be surprised by the extent of the measures,” another diplomat said. “These measures go significantly beyond the scope of the resolution.”

Iran’s important energy industry will be “hit hard” by a total European prohibition on all investment, sale of equipment and investment in refining and liquid natural gas production.

New banking measures will require all Iranian banks, or financial institutions connected with Iran, to get prior notification of all transactions over £8,400 and authorisation for any transfers over £33,600.

Additionally, a “very significant” extended travel ban and asset freeze list, covering over 40 Iranian firms and officials, will be published on Tuesday. All Iranian air cargo flights, in and out of the EU, will also be banned.

A ban on EU exports of “dual use” technologies will be extended from nuclear applications to cover all conventional military applications and chemical weapons.

“This is the most far reaching, autonomous package of sanctions that the EU has ever agreed,” said a European diplomat.

The move reflects new political will in Germany, France, and Holland who all have a significant economic interests in Iran.

America has also imposed penalties for trading with Iran but officials hope that the EU package will be emulated by third countries. “We hope this leads to other countries around the world who want themselves to go beyond the UN sanctions imposing similar measures,” the diplomat said. “Very few countries want to go as far as the US. It will be the EU package that is the model.”

The European position will anger Tehran and might drive a further wedge between Muslim Turkey and its EU and Nato allies.

European countries were dismayed in May when Iran, Turkey, a candidate for EU membership, and Brazil, signed a joint nuclear fuel swap deal allowing Tehran agrees to exchange low-enriched uranium on Turkish soil for fuel for a medical research reactor.

The EU measures have been agreed less than two months since the UN passed global sanctions, a significant improvement on the six months it took to negotiate a previous set of sanctions.