BP is to begin deep-water drilling off Libya, despite environmental concerns following the Gulf of Mexico spill and an international row over the release of the Lockerbie bomber. 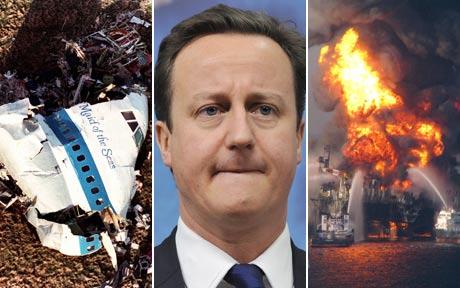 The plans, reported in the Financial Times, come in the shadow of controversy, as the oil giant faces new scrutiny of its 2007 deal to acquire gas and oil fields off the Libyan coast at a cost of $900 million.

At a depth of more than 1700 metres below sea level, the new site in Libya’s Gulf of Sirte will be 200 metres deeper than the Gulf of Mexico well that exploded on April 20, killing 11 oil workers and causing immeasurable environmental damage.

The 2007 agreement has since come under fire from American politicians, after BP revealed that it lobbied the UK government over a prisoner transfer agreement between Britain and Libya.

Despite increased pressure from senior officials, including US President Barack Obama, the UK oil group has vigorously denied any involvement in the release of Libyan terrorist Abdel Basset al-Megrahi, after the Lockerbie bomber was freed by the Scottish government on compassionate grounds.

The issue was raised last week when British Prime Minister David Cameron met President Obama for talks in Washington. Mr Cameron has indicated there could be an inquiry into the release.

BP maintains it was “not involved in any discussions with the UK government or the Scottish government about the release of Mr al-Megrahi”.

A US senator has begged Alex Salmond, Scotland’s First Minister, to assist a hearing into the release of the Lockerbie bomber.

In a letter, Frank Lautenberg said he was “pleading” with the Scottish government to reconsider its decision not to send officials to a hearing into the release of Abdelbaset Ali al-Megrahi.

The company’s Chief Executive, Tony Hayward, is expected to appear before US Senators on Thursday to deny the claims.

A spokesman for BP confirmed the Libya drilling, saying: “Drilling at the new site will start within a few weeks”.

BP’s first new platform in the gulf will begin exploratory drilling within Libya’s controversial “line-of-death”, the border claimed by Libyan leader Colonel Gaddafi in the 1980’s which prompted US President Ronald Reagan to challenge the leader’s claim to the region.

While Libya’s right to minerals in the region is now unchallenged, environmental campaigners have expressed horror that new drilling will begin before inquiries into the Gulf of Mexico disaster have concluded.

Despite BP’s pledge to “move forward with great caution”, Antonio D’Alli, chairman of the Italian Senate’s environment commission, told the Financial Times he was “very worried” about the plans, and has called on other states for a united front.

Mr D’Alli added: “The problem is not BP or Libya. The sea has no boundaries and when accidents happen, in national or international waters, effects are felt in the whole Mediterranean,” Mr D’Alì said.

“Considering it is already one of the most oil-polluted seas in the world, the impact of a major spill could be irreversible.”