India has accused Pakistan’s intelligence service of “controlling and coordinating” the 2008 terrorist attacks on Mumbai from “beginning to the end”. 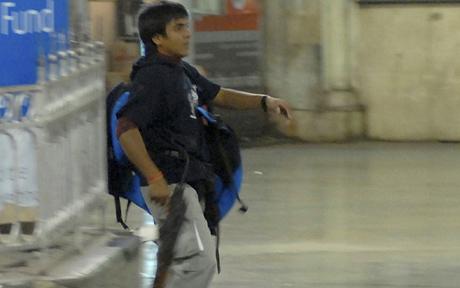 India’s home secretary said new evidence from a suspected senior terrorist had revealed the Inter-Services Intelligence agency, one of Pakistan’s most powerful state bodies, was behind the attack which left more than 166 people dead.

“The ISI has had a much more significant role to play (in the Mumbai attacks). It was not just a peripheral role. They were literally controlling and coordinating it (the attacks) from the beginning till the end,” he said.

His accusations are the strongest comments made by Indian officials since the attacks which brought the South Asian nuclear neighbours to the brink of war.

India’s prime minister Manmohan Singh said shortly after the attacks that they were of such military precision that they must have had the support of some Pakistani state agencies. Ten terrorist commandos launched a series of machine gun raids on Mumbai’s top hotels, main rail station and a Jewish charity while holding India’s elite special forces at bay for three days.

Mr Pilla did not offer any evidence however and his claims, which came on the eve of summit talks between the two countries’ foreign ministers, were dismissed as rhetoric by diplomats in the region. They said he had underestimated the capability of the which is believed to have carried out the massacre.

Headley had told Indian investigators that Hafiz Saeed, who is not among the LeT Mumbai suspects arrested in Pakistan, played a central role in pressing for the attacks to be executed according to a planned schedule. “He was also not a peripheral player. He knew everything,” he said.

A retired Pakistan Army major was arrested by the FBI in December last year in connection with the Mumbai attacks. A colonel from its Signals Corps was also named in Indian court documents, but so far no serving Pakistani military personnel have been charged.

“You don’t make these decisions, where the risk is so great the countries could end up fighting a war, at the level of major or colonel. [Pakistan’s officials] keep saying they’re helping but they’re not. They’re involved,” he said.

Western diplomats in the region are yet to be persuaded that Islamabad’s military or its intelligence agencies played a direct role in the attacks. They believe Mr Pillai’s claims were made to keep Thursday’s talks in Islamabad focused on stopping future terrorist attacks on India.