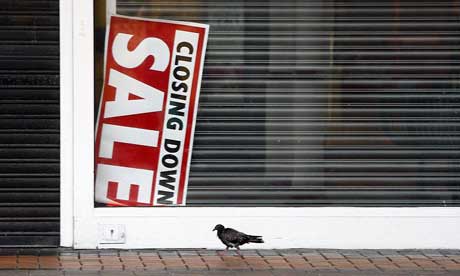 The UK recession was even deeper than first thought.

The deepest recession in Britain’s post-war history was even more severe than previously feared, the government said today.

Fresh information collected by the Office for National Statistics showed that the peak to trough decline in output was 6.4% of gross domestic product rather than the original 6.2% estimate.

The new figures confirmed that the six successive quarters of negative growth from spring 2008 until autumn 2009 were the toughest for the economy since the Great Depression of the 1930s, harsher even than the slump of the early 1980s.

Growth resumed in the final three months of 2009 as the UK economy responded to the emergency cuts in interest rates, the cheaper pound and higher government spending. The ONS made no changes to its estimate of a 0.4% expansion in the fourth quarter of last year or its 0.3% growth estimate for the first quarter of 2010, but said the role of government spending in the first three months of this year in underpinning the economy had been more significant than first thought.

Consumer spending fell slightly in the first three months of 2010, with individuals running down their savings in order to finance purchases.

Despite the pick up in activity at the end of last year, output was 0.2% lower at the end of the first quarter of 2010 than it had been a year earlier.

Jeremy Cook, chief economist at World First, said: “Although the headline figure remained unchanged at 0.3%, government spending was revised up from 1.1% to 1.5% signifying that the recovery is still very reliant on state spending and that consumers are not stepping up to the plate quite yet.”

Howard Archer, chief economist at IHS Global Insight, said: “The picture remains one of only gradual recovery so far following a record six quarters of deep overall recession through to the third quarter of 2009. The main message coming from the revised data was that the recession was even deeper than previously reported.”