Couples who insult each other over their physical appearance or make false accusations about infidelity face jail, under a new French law making “psychological violence” a criminal offence. 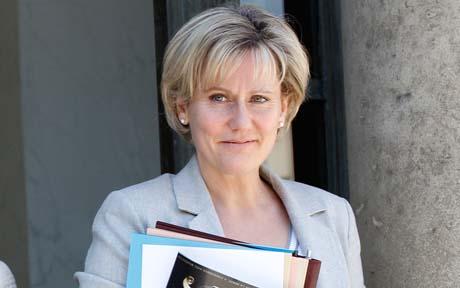 The law – the first of its kind – means that partners who make such insults or threats of physical violence faces up to three years in prison and a €75,000 (£60,000) fine.

French magistrates have slammed the new legislation as “inapplicable”, as they argue the definition of what constitutes an insult is too vague and verbal abuse too hard to prove.

Nadine Morano, the junior family minister, told the National Assembly that “we have introduced an important measure here, which recognises psychological violence, because it isn’t just blows (that hurt), but also words.”

But men now also have the right to report their wives verbal abuse in a domestic row.

It will apply to both married couples and cohabiting partners.

The bill, which has been unanimously approved by French MPs, defines mental violence as “repeated acts that could be constituted by words,” including insults or repeated text messages that “degrade one’s quality of life and cause a change to one’s mental or physical state.”

Miss Morano said witnesses could be called on to testify in such cases and doctors’ certificates charting a patient’s descent into nervous depression as a result of such insults could be used as evidence.

“The judge could (also) take into consideration letters, SMSs or repetitive messages, because one knows that psychological violence is made up of insults,” she added.

The law will experiment with electronic ankle bracelets to keep psychological or physical abusers at bay.

French judges said they were “deeply sceptical” about the new legislation.

“How can you define what is ‘a reiterated insult’?,” said Virgine Duval, national secretary USM, France’s biggest magistrates’ union.

Lawmakers moulded the new law on legislation against moral or sexual harassment in the workplace, she said. But the difference is that there are no reliable external witnesses, such as work colleagues, in a domestic dispute – only other family members who cannot be relied on to be “objective”.

“This is just a poster law pushed through to please women’s rights lobbies – but it’s inapplicable in practice and if anything will increase conflicts in families,” she told The Daily Telegraph.

“Men who beat their wives can exploit the new law by saying: ‘Yes but I was the victim of psychological violence’,” she said.

The courts also stood to be “clogged” by couples using the law to get the upper hand in acrimonious divorces, she added. Women who complain

that their husband insulted them can now have a judge ban him from approaching his wife or their children on a simple declaration, she warned.

According to government statistics, 675,000 women have suffered physically violent attacks over the past two years, with 166 women murdered in 2007 and 156 in 2008.

In November, François Fillon, the prime minister, called the draft law “a national cause” and said it would allow the authorities to deal with “the most insidious situations, which don’t leave a mark to the naked eye but can mutilate the victim’s inner self.”