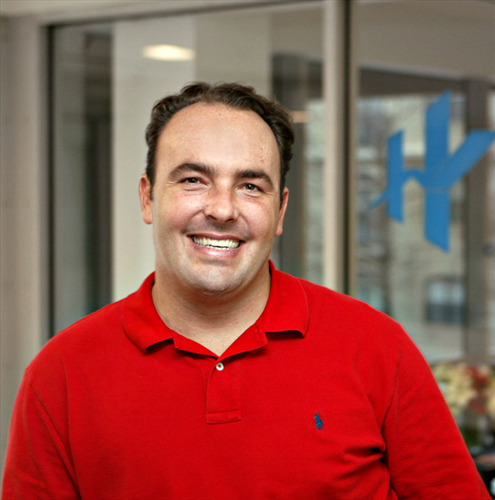 J. Kyle Bass smiles in the office of his company, Hayman Capital Partners, in Dallas. (Bloomberg)

May 19 (Bloomberg) — Kyle Bass, who made $500 million in 2007 on the U.S. subprime collapse, is betting Europe’s debt crisis won’t be solved by the $1 trillion loan package the International Monetary Fund and European Union agreed on last week.

“The EU and the IMF effectively went all-in with a bad hand in the highest stakes game of financial poker ever played with the world,” wrote Bass, head of Dallas-based Hayman Advisors LP, in a letter to clients sent after the bailout was announced.

Bass bought gold last week and took other steps to position the fund for hyperinflation and a “competitive devaluation” by Europe, Japan and the U.S. that he is forecasting, according to the letter. Christopher Kirkpatrick, general counsel for Hayman, declined to elaborate on the comments.

Managers who made short bets on U.S. subprime securities as the housing market was imploding in 2007 and 2008 see similar opportunities in Europe, said Nick Swenson, who manages Minneapolis-based Groveland Capital LLC and profited as mortgages tumbled. In March, he started buying credit-default swaps on Spanish, Italian and Irish government bonds, a sort of insurance that pays off in the event of a default or restructuring.

“It’s asymmetric — it reminds me of the subprime trade,” he said in a telephone interview.

Yesterday, Germany said it was temporarily prohibiting naked short-selling and speculating on European government bonds with credit-default swaps. Naked short sellers bet against a security without first borrowing it.

The euro tumbled to as low as $1.2159 after the pronouncement. In February, as some investors forecast that Greece might not be able to pay its debts, French Finance Minister Christine Lagarde said she wanted politicians to take a united approach against “speculators” betting on government bond defaults.

Swenson decided to buy the sovereign CDS after looking at the external-debt-to-exports ratios of the 26 countries that have defaulted on their debt since 1970. The average ratio for those countries was 2.3. As of the third quarter of 2009, Spain’s was about 6.9 and Italy’s was about 5.1, he said.

While the CDS on these bonds rose in April and have since dropped nearer to levels where he bought them, Swenson isn’t selling. He believes the chance that one of the three countries will default or restructure is greater than the 9 percent currently priced into the CDS.

For other managers, the potential profits from betting against Europe still outweigh the costs. Swenson pays 1.3 percent annually to put on his bet against Irish, Spanish and Italian debt.

Mark Hart, who runs Fort Worth, Texas-based Corriente Advisors LLC, returned $320 million of the $424 million European Divergence Master Fund LP in February, after betting that some European governments will default on their bonds.

“The European divergence theme offers an asymmetric risk/reward profile,” Hart told clients at the time. “The sovereign debt problem in Europe is widespread and is not isolated to a single issuer.”

Hart, who also profited from bets against subprime mortgages, didn’t return a call seeking a comment.

Matrix PVE Global Credit Fund, a 110 million-euro ($133.9 million) fund run by Gennaro Pucci based in London, gained 19 percent in April because of bets that Europe’s credit crisis would worsen.

“The ECB is buying debt at artificial levels, but that won’t solve structural problems,” Pucci said in a telephone interview.

Matrix Group Ltd. manages about 3 billion pounds ($4.3 billion) including a half-dozen hedge funds. The credit fund sold most of its CDS positions in the recent jump in prices, and then put some back on at current levels.

“We’re in the aftermath of a financial crisis,” Pucci said. “It’s not unusual for sovereign debt to explode.”

To contact the reporters on this story: Katherine Burton in New York at kburton@bloomberg.net; Tom Cahill in London at tcahill@bloomberg.net.

– Now we know the truth: The financial meltdown wasn’t a mistake – it was a con

Here is how ‘unknown’ Paulson is:
– World’s top hedge fund manager has a gold position of at least $5.5bn (!)

– Paulson May Have Made $428 Million Shorting Lloyds