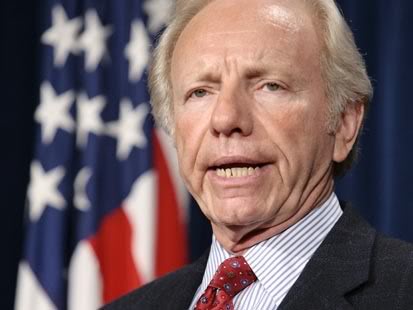 Bombs do not always have to explode to have their desired impact. That would appear to be a simple, and disturbing, lesson to draw from the failed attempt to set off a car bomb in Times Square, New York, last weekend.

If you assume that one of the main aims of terrorists is to use fear to force Americans to change their open society, then the attack, allegedy carried out by Faisal Shahzad, succeeded perfectly well. It took only a few days after the bomb was discovered for independent Connecticut senator Joe Lieberman to propose a draconian new law that would strip US citizenship from anyone linked to foreign terrorists. His move was swiftly backed by leading Republicans.

The bill is a nightmare for those who believe that a democratic society’s greatest strength lies in the primacy of the impartial rule of law. “If you have joined an enemy of the United States in attacking the United States to try to kill Americans, I think you sacrifice your rights of citizenship,” Lieberman said. The point would be that stripping someone of their citizenship would remove many legal rights. It follows on from the outrage that many Republicans expressed when Shahzad – who is an American – was read his Miranda rights as he was arrested.

There is a legion of reasons why Lieberman’s planned law has outraged many, including the fact that it opens a Pandora’s box of civil liberties issues. It is also fairly clear that Lieberman and his Republican pals have only Muslim terrorists in mind with this sort of law. Would they have proposed it for rightwing Cuban-Americans who have sponsored anti-Fidel Castro terrorism? Or the many Irish-Americans who have supported IRA terrorists?

Megan McArdle, a columnist for the Atlantic, drew a parallel with America’s treatment of its mass murderers and serial killers: “Can someone explain to me – hopefully using graphs and small words – why Joe Lieberman is willing to share the precious blessing of American citizenship with Charles Manson, Gary Ridgway and David Berkowitz, but wants citizenship stripped from a guy who strapped some firecrackers to a bag of non-explosive fertiliser?”

Many remember the hurried passing of the Patriot Act after 9/11. If Lieberman gets his way, it will be the alleged terrorist Shahzad who has the last laugh. His amateurish dud of a bomb will have worked after all.