(Reuters) – U.S. inspectors found thick dust and contaminated ingredients at the Johnson & Johnson plant that produces Children’s Tylenol and dozens of other products that were recalled last week. 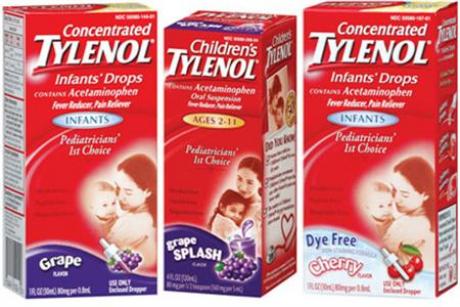 (NaturalNews) The other day I wrote a story about the massive recall by McNeil Consumer Healthcare, a subsidiary of Johnson & Johnson, of its infants’ and children’s line of Tylenol products. An FDA inspection report found these drugs to be contaminated with dangerous bacteria (they did not disclose the actual type) as well as “foreign materials” that were visible as “dark or black specks”. But a recent story published by USA Today has revealed that McNeil actually knew about the bacterial contamination and kept shipping the products anyway.

Only the drug industry could get away with this type of careless, reckless behavior with nothing more than a slap on the wrist from the FDA. In fact, the FDA did not even require McNeil to issue a recall after discovering the problem; McNeil did so voluntarily over “theoretical concerns” that were expressed by Deborah Autor, an FDA official who was quick to emphasize that the risk to consumers from the tainted products “is remote”.

So let me get this straight. An FDA report finds that a pharmaceutical company is knowingly using contaminated raw materials to make children’s and infants’ medicines in a factory that is failing to maintain its equipment, properly train its employees and correctly measure and weigh drug ingredients, and FDA officials consider the problem to be “theoretical”?

Can you imagine what would happen if an herbal product manufacturer were found to engage in the same behavior? The FDA would pounce on them, seize their products, issue a public warning and probably fine the company for its reckless behavior. But when Big Pharma pulls the same stunt, it’s just business as usual.

To the FDA, it’s all just “theoretical”

My favorite part about this is the FDA’s reliance on the word “theoretical” to try to imagine that somehow no actual safety problem existed. According to my thesaurus, some other words for theoretical include unsubstantiated and hypothetical. In other words, the FDA is saying it does not actually believe that a real risk even exists!

And yet FDA Commissioner Margaret Hamburg, at the same time as the agency is saying there really is no risk and that the whole thing is just a hypothetical situation, advises parents to “discontinue using any of the name-brand products being recalled.”

Overdosing on acetaminophen, especially in children, is a serious issue. The Mayo Clinic website warns parents that overdosing on the drug, even a little bit, can lead to “life-threatening liver problems.”

The FDA report specifies that McNeil’s had not been properly formulating the drug dosages in its children’s and infants’ medicines, which is part of the reason for the recall. Improper concentrations of active ingredients in these products potentially puts millions of children at risk. But apparently this is no big deal to the FDA which sees it as nothing more than a “hypothetical” problem.

Yet, just prior to its expression of “theoretical” concern in the current recall, FDA officials met with McNeil back in February to express “serious concerns” about the company’s poor manufacturing processes and failures to follow good manufacturing practices. So which is it?

This kind of double-speak is typical of the FDA when a case involves a beloved drug company. If this had been a supplement that was “hypothetically” thought to be contaminated (even if conclusive evidence revealed there was no threat at all), health food stores everywhere would be ordered to strip it from their shelves. But when drug company negligence leads to the contamination of children’s medicines with bacteria, unknown particles and improper drug dosage levels, the FDA leaves it to the company to “voluntarily” recall their own products. There will probably be no fine levied against the company, either.
The FDA may not even hold McNeil responsible for its gross negligence

According to a recent Los Angeles Times article, the FDA has not even decided what corrective action it is going to take. According to the story, “options range from sending a warning letter to seeking criminal penalties.”

So in essence, the options include doing nothing or actually holding McNeil responsible for putting the lives of millions of children at risk. To me, only one of these is a really a viable option. But based on the FDA’s track record in dealing with McNeil (and all other drug companies, for that matter), the agency is likely to just sweep the whole thing under the rug.

Never mind that a warning letter had already been sent to a McNeil plant in Puerto Rico several months ago over wooden shipping pallet chemicals that had been found in other McNeil drugs, causing 70 people to became ill with digestive problems. When it comes to regulating drug companies, the FDA has a very short memory.

Can any children’s medicines be trusted?

Johnson & Johnson is one of the world’s largest companies, and is consistently rated by both Harris Interactive’s National Corporate Reputation Survey and Barron’s Magazine as being one of the top, most well respected companies in the world.

If the world’s most respected company, a “family company”, is operating a subsidiary that is knowingly manufacturing contaminated children’s medicines in factories that are in violation of numerous safety protocols, what does that say about the entire drug industry? If the safety and quality of children’s medicines from one of the world’s most respected companies cannot be trusted, then what over-the-counter medicines can you really trust?

Most children’s medicines are filled with chemical toxins anyway

Bacterial contamination and poor manufacturing procedures are not the only problems with popular over-the-counter (OTC) children’s medicines. Even if McNeil had been operating up to proper standards, many of its children’s formulations are still filled with questionable chemical ingredients like aspartame, high-fructose corn syrup, sucralose (Splenda), artificial colors and preservatives, and even parabens, all of which are approved by the FDA for use in children’s and infants’ formulas. (Seriously.)

Back in 2004, I wrote a story about a U.K. study which found that children’s cough syrup is medically ineffective. In tests, it proved to be just as effective as corn syrup at alleviating a cough, so basically it did nothing at all.

Most cough syrup is composed primarily of corn syrup anyway, so it is no surprise that the stuff causes the same effect on the body — basically just a sugar overload.

Pharmaceutical drugs are almost never a good choice for children. Not only do the active ingredients cause serious side effects and liver problems, but the chemical additives make them even more harmful. I think if more parents became informed about what’s really in children’s medicine, they would never willingly give it to their children.

All these things really just illustrate the FDA’s corruption and behind-the-scenes protection of drug company interests. Even when a serious problem arises above and beyond the known risks, the agency acts as if it is no big deal. The health and well-being of millions of children is put at risk but it’s all just make-believe to the FDA.

To them, all risks and side effects of pharmaceuticals are merely “theoretical.” But in their (warped) minds, the dangers of herbs and vitamins are all “very real!”

It raises a very important question: How many children need to be harmed or even killed by the Big Pharma / FDA conspiracy before the American people will demand real FDA reform?