Goldman Sachs has been drawn into a fresh controversy as lawyers demand to know whether it was partly responsible for triggering Lehman Brothers’ downfall by shorting its rival’s shares. 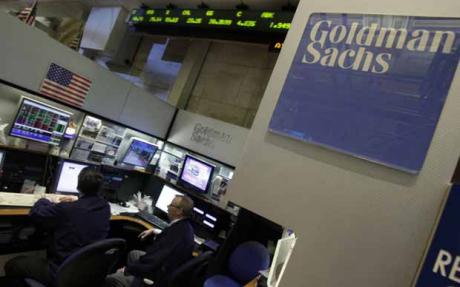 Goldman has filed 8m documents with the SEC in relation to the investigation Photo: AP

The Wall Street behemoth is already being investigated by a number of financial regulators around the world in addition to the US Securities and Exchange Commission’s fraud charges over derivatives mis-selling. It has now been named in a court filing seeking information about short-selling Lehman shares.

Goldman has been subpoenaed to hand over documents to Lehman’s Bryan Marsal, the man responsible for winding up the bank’s affairs and repaying creditors. Goldman was named in the court filing along with four other firms, including hedge funds SAC Capital and Citadel. Goldman declined to comment on the Lehman case.

In a further potential legal case, it emerged that AIG is considering suing Goldman over about $2bn (£1.3bn) of losses it incurred from past derivatives instruments. The troubled insurer is understood to be considering action as a result of protection it was forced to pay to buyers of credit-default swaps when collateralised debt obligations (CDOs) in Goldman’s Abacus programme lost their value.

The new worries came as Goldman hit back against the SEC’s charges, which it said are “completely unfounded both in law and fact”.

Questions were last night being asked as to why the bank had not publicly disclosed the regulator’s probe. It is understood Goldman was first contacted by the US financial watchdog over its examination of mis-selling in the mortgage-backed securities industry two years ago, and that it received what is known as a “Wells Notice” – an intention to file charges – as early as July last year.

Goldman has filed 8m documents with the SEC in relation to the investigation, and five of its staff were interviewed as part of an exchange which saw the bank attempt to defend its point of view. Lloyd Blankfein, the bank’s chairman, has been attempting to boost staff morale ahead of today’s first-quarter results, which are expected to show a profit of as much as $3.8bn. “The extensive media coverage on the SEC’s complaint is certainly uncomfortable, but given the anger directed at financial services, not completely surprising,” he said in one voicemail left on an employee’s phone.

Fabrice Tourre, the bond trader at the heart of the SEC’s probe, has begun an undetermined period of absence. The bank maintained that while he has done “nothing wrong” and remains an employee, he had made a “personal decision to take a bit of time off”.

President Barack Obama is to make a landmark speech on financial regulatory reform which is expected to draw on Goldman’s current problems.

Both BaFin, the German regulator, and the European Union are looking into the situation.