Baking surveillance, control and censorship into the very fabric of our networks, devices and laws is the absolute road to dictatorial hell 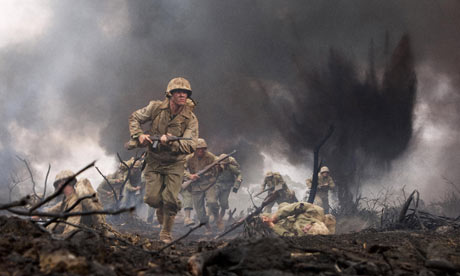 With the rushed passage into law of the Digital Economy Act this month, the fight over copyright enters a new phase. Previous to this, most copyfighters operated under the rubric that a negotiated peace was possible between the thrashing entertainment giants and civil society.

But now that the BPI and its mates have won themselves the finest law that money can buy – a law that establishes an unprecedented realm of web censorship in Britain, a law that provides for the disconnection of entire families from the net on the say-so of an entertainment giant, a law that shuts down free Wi-Fi hotspots and makes it harder than ever to conduct your normal business on the grounds that you might be damaging theirs – the game has changed.

I came to the copyfight from a pretty parochial place. As a working artist, I wanted a set of just copyright rules that provided a sound framework for my negotiations with big publishers, film studios, and similar institutions. I worried that the expansion of copyright – in duration and scope – would harm my ability to freely create. After all, creators are the most active re-users of copyright, each one of us a remix factory and a one-person archive of inspirational and influential materials. I also worried that giving the incumbent giants control over the new online distribution system would artificially extend their stranglehold over creators. This stranglehold means that practically every media giant offers the same awful terms to all of us, and no kinder competitor can get our works into the hands of our audiences.

I still worry about that stuff, of course. I co-founded a successful business – Boing Boing, the widely-read website – that benefits enormously from not having to pay fealty to a distributor in order to reach its readers (by contrast, the old print edition of Boing Boing folded when its main distributor went bankrupt while owing it a modest fortune and holding onto thousands of dollars’ worth of printed materials that we never got back). My novels find their way onto the bestseller list by being distributed for free from my website simultaneous with their mainstream bookstore sales through publishers like Macmillan and HarperCollins and Random House.

My whole life revolves around the digital economy: running entrepreneurial businesses that thrive on copying and that exploit the net’s powerful efficiencies to realise a better return on investment.

Parliament has just given two fingers to me (and every other small/medium digital enterprise) by agreeing to cripple Britain’s internet in order to give higher profits to the analogue economy represented by the labels and studios.

But today, my bank-balance is the least of my worries. The entertainment industry’s willingness to use parliament todi impose censorship and arbitrary punishment in the course of chasing a few extra quid is so depraved and terrible that it has me in fear for the very underpinnings of democracy and civil society.

In the US, the MPAA and RIAA (American equivalents of the MPA and the BPI) just submitted comments to the American Intellectual Property Czar, Victoria Espinel, laying out their proposal for IP enforcement. They want us all to install spyware on our computers that deletes material that it identifies as infringing. They want our networks censored by national firewalls (U2’s Bono also called for this in a New York Times editorial, averring that if the Chinese could control dissident information with censorware, our own governments could deploy similar technology to keep infringement at bay). They want border-searches of laptops, personal media players and thumb-drives.

They want poor countries bullied into diverting GDP from humanitarian causes to enforcing copyright. And they want their domestic copyright enforcement handled, free of charge, by the Department of Homeland Security.

Elements of this agenda are also on display (or rather, in hiding) in the secret Anti-Counterfeiting Trade Agreement, a treaty being drafted between a member’s club of rich nations. They’ve turned their back on the United Nations to negotiate in private, without having to contend with journalists or public interest groups. By their own admission, they intend to impose this treaty on poor countries as a condition of ongoing trade, and in the US, the Obama administration has announced its intention to pass ACTA without Congressional debate.

I’m not such a techno-triumphalist that I believe that the free and open internet will solve all our socio-economic problems. But I am enough of a techno-pessimist to believe that baking surveillance, control and censorship into the very fabric of our networks, devices and laws is the absolute road to dictatorial hell.

Chekhov wrote that a gun on the mantelpiece in act one is sure to go off by act three. The entertainment industry’s blinkered pursuit of its own narrow goals has the potential to redesign our technology to be the perfect tools and excuses for oppression.