Samsung has issued a warning about the health risks of watching 3D television. 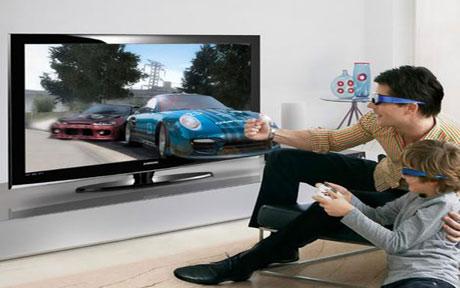 The Korean manufacturer, whose 3D sets will hit British stores in the coming days, warned of an array of side effects viewers could suffer.

The devices could trigger epileptic fits or cause ailments ranging from altered vision and dizziness to nausea, cramps, convulsions and involuntary movements such as eye or muscle twitching, it said.

The scale of the warning threatens to overshadow the launch of 3D, which has been billed as the future for television by manufacturers and broadcasters.

The technology has been given a boost by 3D blockbuster films such as Avatar and Alice in Wonderland and is being pushed by Sky for enhancing its football coverage.

To view television in 3D, users wear special glasses which bombard the eyes and brain with a succession of flashing images that appear for a fraction of a second.

However, the technology puts unusual strain on the body, hence Samsung has advised viewers to take regular breaks to prevent suffering side effects.

Samsung’s statement, posted on its website, says: “Children and teenagers may be more susceptible to health issues associated with viewing in 3D and should be closely supervised when viewing these images.

“Some viewers may experience an epileptic seizure or stroke when exposed to certain flashing images or lights contained in certain television pictures or video games. If you suffer from, or have a family history of epilepsy or strokes, please consult with a medical specialist before using the 3D function.

“Even those without a personal or family history of epilepsy or stroke may have an undiagnosed condition that can cause photosensitive epileptic seizures.

“Pregnant women, the elderly, sufferers of serious medical conditions, those who are sleep deprived or under the influence of alcohol should avoid utilising the unit’s 3D functionality.

“Viewing 3D television may also cause motion sickness, perceptual after effects, disorientation, eye strain and decreased postural stability. It is recommended that users take frequent breaks to lessen the potential of these effects.

“If your eyes show signs of fatigue or dryness or if you have any of the above symptoms, immediately discontinue use of this device and do not resume using it for at least thirty minutes after the symptoms have subsided.”

“Watching TV while wearing 3D glasses for an extended period of time may cause a headache or fatigue. If you experience a headache, fatigue or dizziness, stop viewing TV and rest.”