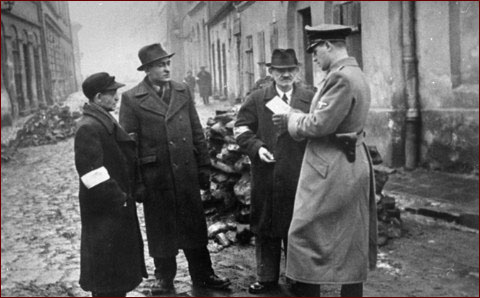 Arizona lawmakers on Tuesday passed one of the toughest pieces of immigration-enforcement legislation in the country, which would make it a violation of state law to be in the U.S. without proper documentation.

It would also grant police the power to stop and verify the immigration status of anyone they suspect of being illegal.

The bill could still face a veto from Arizona Gov. Jan Brewer. A spokesman for Ms. Brewer said she has not publicly commented on the bill. Ms. Brewer, a Republican, has argued for stringent immigration laws.

Under the measure, passed Tuesday by Arizona’s lower house, after being passed earlier by the state Senate, foreign nationals are required to carry proof of legal residency.

Immigrants’ rights groups roundly criticized the bill. “The objective is to make life miserable for immigrants so that they leave the state,” said Chris Newman, general counsel for the Los Angeles-based National Day Laborer Organizing Network. “The bill constitutes a complete disregard for the rights of nonwhites in Arizona. It effectively mandates racial profiling.”

The bill’s author, State Sen. Russell Pearce, was in a committee session Tuesday and couldn’t be reached, his offices said. Mr. Pearce, a Republican, represents the city of Mesa, in Maricopa County, whose sheriff, Joe Arpaio, has gained a national reputation for his tough stance on immigration enforcement. A spokesman for Mr. Arpaio didn’t return a request for comment.

The bill is different from an earlier version, giving protections for church and community organizations from criminal prosecution for transporting or harboring illegal immigrants.

In a statement, Tuesday Rep. John Kavanagh (R-Fountain Hills) called the measure “a comprehensive immigration enforcement bill that addresses the concerns of our communities, constituents and colleagues.”

“This updated version gives our local police officers the tools they need to combat illegal immigration, while protecting the civil rights of citizens and legal residents.”However, human rights groups are certain to challenge the measure in court, said Joe Rubio, lead organizer for Valley Interfaith Project, a Phoenix-based advocacy group, calling it “an economic train wreck.” He added that “Arizona’s economic recovery will lag way behind the country’s if we keep chasing away our workforce. Where do the legislators think business will find workers?”

The bill in some ways toughens up a situation that the Obama administration had tried to roll back. Under a program known as 287g, some local law enforcement agencies were trained to enforce federal immigration laws by checking suspects’ immigration status.

Mr. Arpaio, the Maricopa county sheriff, had been one of the most aggressive enforcers of 287g. However, the Obama administration in recent months has sought to scale back that program, and had reduced the resources it made available to Mr. Arpaio’s office and others.

Tamara Audi contributed to this article.

1 thought on “Arizona Clears Strict Immigration Bill: Gives Police The Power to Stop Anyone They Suspect of Being Illegal”