Plantation police spokesman Detective Robert Rettig said Thursday that a robber arrived at the Morrissey home in the 600 block of Northwest 75th Terrace just before midnight Monday, cut through a screen and came in through a window. The robber also took the couple to a nearby ATM and forced them at gunpoint to withdraw cash, Rettig said.

Rettig did not disclose the amount of cash withdrawn or the location of the ATM. He also did not say why police don’t think the crime was random. 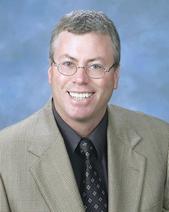 PLANTATION ‑ Who would want to kill scientist Joseph Morrissey, who enjoyed an international reputation for his pioneering research into the use of radio frequency waves in cancer treatment?

That’s the question friends and colleagues were asking late Tuesday after Morrissey, 46, an assistant professor of pharmaceutical sciences at Nova Southeastern University, was fatally shot during what police say was a home invasion robbery.

Just after midnight Monday, an intruder burst into his Plantation home, bound him and his wife, and set fire to the house in the 600 block of NW 75th Terrace, according to police.

A neighbor told WFOR-Ch. 4 that during the ordeal the robber also abducted the couple, took them to a nearby bank and forced them to make a cash withdrawal.

Morrissey’s wife Linda, 48, and the couple’s young son, who was asleep at the time, later escaped from the house and were not injured.

“This is very disturbing,” said Appu Rathinavelu, a fellow scientist who has known Morrissey for 15 years. “I am not able to believe it when I heard the news. It’s like a dream.”

First to respond to the scene were Plantation firefighters, who extinguished a blaze accelerated by gasoline, according to Detective Robert Rettig.

Plantation Fire-Rescue Battalion Chief Joel Gordon said firefighters were met by a woman, apparently Morrissey’s wife, and directed to his body in a patio area.

The investigation, quickly joined by officials from the State Fire Marshal’s office, continued well into the afternoon Tuesday.

Access to the quiet suburban street in a neighborhood called Secluded Gardens was blocked to all but residents for much of the day, and yellow crime scene tape surrounded the turquoise-colored house.

Any fire damage to the house was not visible from the outside.

During the day two cars belonging to the Morrisseys were towed away.

Police said the suspected robber was a man, but provided no additional details.

While Morrissey was not teaching classes this semester, he still kept a rigorous schedule in the lab.

Malave said Morrissey customarily arrived at his lab by 7 a.m., and often returned to his work the late afternoon after picking up his son from school at 4 p.m.

“He was very focused on his research,” Malave said. “We will miss him as a friend at the college.”

In a statement, NSU Chancellor Ray Ferrero Jr. said, “Our hearts and prayers go out to his family. Dr. Morrissey was an excellent professor and well regarded in the research world. He will be missed by the entire NSU family — faculty, staff and students.”

Morrissey earned bachelor’s and master’s degrees at the University of South Florida and a PhD from Stanford University. He came to Florida in 1993 to work for the Goodwin Institute for Cancer Research in Plantation.

“He was so energetic. He enjoyed his life and his work,” said Claire Thuning-Roberson, the founder and former director of the institute.

At NSU, Morrissey did research in the use of electromagnetic energy to enhance the effectiveness of cancer medications, the university said.

He recently brought in grants worth $100,000 to fund his work at NSU and was just back from delivering a keynote address at a conference in Australia.

“We lost a great individual, a great scientist, and someone who was to [help] move this college into the future,” said Malave. “He was a key faculty member.”

For 12 years he worked as a senior scientist at Motorola in Plantation.

He and Linda, who was born in Peru, were married in 1997. Each had been married at least twice.

The couple moved into the Plantation home — just four blocks from the police station — in August 2006, according to property records.

“He was quite dedicated to his family,” she said.

“A good person was killed in his home this morning,” Rider said while standing outside the crime scene Tuesday morning. “We ask that anyone who has information contact the police department.”

Phil Beasley, 61, who has lived in the neighborhood since 1986, said the area has not seen much crime.

“It’s sad when you have to be afraid in your neighborhood,” Beasley said. “I don’t know what motivates such a horrible crime.”

By Mike Clary and Rachel Hatzipanagos