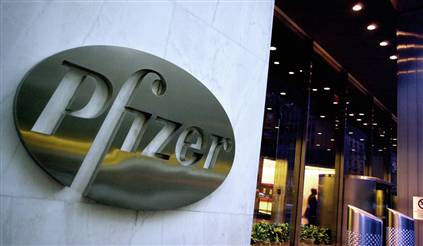 In what is being hailed as a major victory for workers in the biotech and nanotech fields, a former scientist with pharmaceutical firm Pfizer has been awarded $1.37 million for being fired after raising the alarm over researchers being infected with a genetically engineered “AIDS-like” virus.

Becky McClain, a molecular biologist from Deep River, Connecticut, filed a lawsuit against Pfizer in 2007, claiming she had been wrongly terminated for complaining about faulty safety equipment that allowed a “dangerous lentivirus” to infect her and some of her colleagues.

The Hartford Courant describes the virus as “similar to the one that can lead to acquired immune deficiency syndrome, or AIDS.” Health experts testified that the virus has affected the way McClain’s body processes potassium, which they say causes McClain to suffer complete paralysis as often as a dozen times per month, the Courant reports.

McClain’s lawsuit (PDF) asserted that Pfizer had interfered with her right to free speech, and that she should have been protected from retaliation by whistleblower legislation.

Pfizer challenged her assertion, claiming McClain only started complaining about safety problems once her employment was terminated, the Associated Press reports. Pfizer also claimed to have investigated McClain’s claims about safety violations and found them to be untrue, according to the New London Day.

On Thursday, a jury in a US District Court in Connecticut disagreed with Pfizer, granting McClain the $1.37 million, as well as punitive damages, meaning the total amount could be much greater.

The WorkersCompensation.com Web site says the ruling is being “considered the first successful employee claim in the biotech and nanotech industry.”

Workers’ rights advocates are pointing to the McClain lawsuit as “evidence that risks caused by cutting-edge genetic manipulation have outstripped more slowly evolving government regulation of laboratories,” reports the Courant.

McClain’s lawsuit says she was exposed to the experimental virus repeatedly between 2002 and 2004, and when she lodged complaints about it, her supervisor said he would “falsify her future performance reviews and he told her they would be negative, and he threatened her in an aggressive fashion following the plaintiffâ€TMs repeated complaints regarding safety. He forcibly backed the plaintiff into a wall during one encounter.”

‘TOO BIG TO NAIL’

A report at CNN about a separate legal matter involving Pfizer states that the Department of Justice considered Pfizer to be “too big to nail” in an investigation of the company’s illegal marketing of the painkiller drug Bextra.

CNN reports that, if Pfizer had been prosecuted over the drug, the company would have been excluded from doing business with Medicaid and Medicare. But because federal officials considered the company too big to be exempted from working with the government health programs, a dummy corporation — Pharmacia & Upjohn Inc. — was set up, and that dummy corporation then pleaded guilty to the crime.

“P&UCI sold no drugs and had no real employees, and its creation was simply a figleaf to allow a Pfizer entity to take the rap without harming Pfizer itself,” explains Jim Edwards at the Bnet business blog.

Pfizer is the world’s largest drugmaker, with annual revenue around $44 billion.