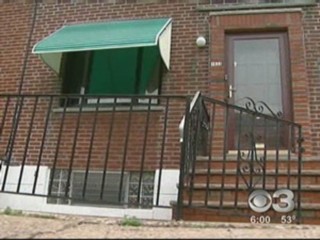 PHILADELPHIA (CBS 3) ― The foreclosure crisis in Philadelphia is now becoming a matter of life and death. Eyewitness News has learned that in the past month, two homeowners took their own lives before sheriff’s deputies arrived to tell them that they were being evicted.

On March 5, deputies arriving to post an eviction notice on Lynda Clark’s South Philadelphia home found she had hanged herself.

“It’s devastating for everyone. We’re not even family members and it’s just devastating to us,” Captain Albert Innaurato of the Philadelphia Sheriff’s Office said.

Less than three weeks later, owner Gregory Bellows shot and killed himself shortly before deputies arrived to evict him from his Roxborough home.

While the numbers are clear, it most likely will never be known when the homeowner’s huge debts turned into despair.

The Philadelphia Sheriff’s Office wants those facing crises to know that help is available. They say that while eviction is heartbreaking, it does not have to end in tragedy.

“They have to learn from day one to be on top of it, there’s a lot of agencies and a lot of programs in place that can help them,” Innaurato said.