Years after her controversial ‘Saturday Night Live’ appearance, the Irish singer is still at odds with the Catholic Church, saying it must come clean about sexual-abuse allegations. 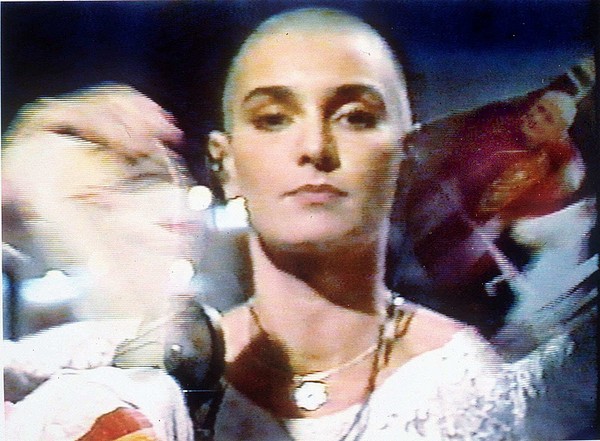 Reporting from Bray, Ireland – She shot to fame 20 years ago with her shaved head, chiseled cheeks and haunting rendition of the song “Nothing Compares 2 U.” Then she gained notoriety when she tore up a photo of Pope John Paul II on American TV, calling him “the enemy” and urging people to fight child abuse.

Sinead O’Connor is still singing. And she’s still speaking out against abuse — only now her 1992 stunt on “Saturday Night Live” almost seems prescient as the Roman Catholic Church faces a growing catalog of complaints about child sexual and physical assault by priests in her Irish homeland and across Europe.

Such mistreatment was rampant here in Ireland, going back decades. By 1987, the Irish church was alarmed enough that it took out an insurance policy against future lawsuits and claims for compensation stemming from sexual-abuse allegations.

This past weekend, Pope Benedict XVI issued a “pastoral letter” apologizing to the flock in Ireland for the church’s past failures. He did not outline any disciplinary action against the bishops who many here say covered up priestly misdeeds, though on Wednesday he accepted the resignation of Bishop John Magee, who had been accused of failing to report suspected pedophile priests to police. The pope also pinned no blame on the Vatican itself for a culture of secrecy that critics say it deliberately fostered.

O’Connor, now 43 and a mother of four, spoke to The Times on Tuesday at her seaside home in Bray, south of Dublin, about the abuse scandal.

Do you feel the pope’s letter was enough?

It’s a study in the fine art of lying and actually betraying your own people. . . . He starts by saying that he’s writing with great concern for the people of Ireland. If he was that concerned, why has it taken him 23 years to write a letter, and why did he or the last pope never get on an airplane and come to meet the victims in any of these countries and apologize?

The letter sells the Irish [church] hierarchy downriver by stating again and again that the Irish hierarchy has somehow acted independently of the Vatican. . . . The documents are there to prove that that’s a lie. . . .

If you were the boss of a company and some of the employees of your company were known to sexually abuse children, you would fire them instantly. You would also go instantly to meet the people who had been abused and profusely apologize and offer your help in any way whatsoever to deal with this. . . . That has never happened.

As a cardinal, the pope wrote an order in 2001 demanding that abuse cases be dealt with in secret. But doesn’t the directive also mention cooperating with civil authorities?

That document stated that all matters of abuse were to be sent to him in Rome, where he would decide whether they would be dealt with by Rome or locally by the bishops. They were to be dealt with exclusively by the church, and they were subject to pontifical secret, which means you can be excommunicated if you breach the secret. . . .

[It’s true that] it’s the first time ever that any document coming from the Vatican actually does say to the clergy that they should cooperate with civil authorities. . . . What I object to here is, the first time they said that was 2001. They knew back in 1987 at least that this was an issue. . . . They knew so much that they took out an insurance policy.

So what should the pope do?

There should be a full criminal investigation of the pope. The pope should stand down for the fact that he did not act in a Christian fashion to protect children, and for the fact that his organization acted to preserve their business interests decade after decade rather than be concerned about the interests of children, and for showing so much disrespect for Christ, God, the victims, the rest of us, their own clergy. . . .

If they don’t do that, they will not survive. . . . I hope they do survive, because there’s a lot that’s really beautiful about Catholicism. Even though there are those of us who are fighting it like you would fight an abusive parent, you love the parent still and you want it to be healed.

What about the abuse victims?

He [the pope] says his concern is “to bring healing to the victims.” But he’s denying them the one thing which might actually bring them healing, which is a full confession from the Vatican. . . .

You’re talking about some very broken people. . . . Life is very difficult for them. They can’t hold down jobs, can’t hold down relationships. . . . Life is difficult. Therapy costs a lot of money. These people don’t make much money; hardly any of them are actually fit to work. They need the Vatican to cough up some of its billions [to] pay for these people to be able to live their lives.

Should Irish bishops resign, as a few have offered?

Resignation gets them off the hook. They should be criminally prosecuted. . . . If you or I covered up crimes like that, we’d be slap-bang in jail in five minutes, and rightly so. There’s a double standard. . . .

What should the Irish people do?

The way we are at the moment, we’re in a very dysfunctional relationship with an organization that’s actually abusing us. And we can’t see what’s being done to us. We have the mentality of a battered wife who thinks it’s her fault. If we had a friend in a similar relationship, we would beg him or her to walk away.

Yet you still consider yourself a Catholic?

I’m passionately in love and always have been with what I call the Holy Spirit, which I believe the Catholic Church have held hostage and still do hold hostage. I think God needs to be rescued from them. They are not representing Christian values and Christian attitudes. If they were truly Christian, they would’ve confessed ages ago, and we wouldn’t be having to batter the door down and try to get blood from a stone.

2 thoughts on “Sinead O’Connor: ‘There Should Be A Full Criminal Investigation Of The Pope’”