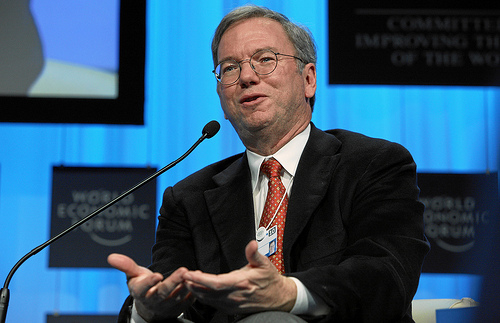 Tomorrow the FCC will release a national broadband strategy. The plan will set goals for expanding broadband to unserved and under-served areas, promote greater speeds, and drive consumer demand. It will harness this communications technology to urgent national priorities, such as jobs, education, health, energy, and security. In short, the plan will lay the groundwork for investing in America’s future.

Yes, the Internet was invented in the United States. Yes, we once led the world in broadband development. But now, networks in many countries, from Western Europe to East Asia, are faster and more advanced than our own. Long after we recover from this recession, this broadband gap will be a dead weight on American businesses and workers, unless we act now.

As with the space race in the 1960s, America needs a national effort by our scientists, engineers, companies, educational institutions and government agencies. Just like that great national adventure, we need near-term and long-term goals.

Broadband is an essential input to expanding business, education, and healthcare opportunities everywhere. As soon as possible, we need to bring Internet access to every community, from rural America to the inner cities.

But we also need even more ambitious objectives — or “stretch goals” — that test the limits of our ingenuity. When President John F. Kennedy summoned the nation to space exploration, the immediate goal was to send an astronaut in orbit around the earth. But JFK called for “putting a man on the moon” because he knew that dream would inspire Americans to literally reach for the stars.

The private sector has a big job to do, and needs to carry much of the investment. For our part, we plan to build and test an ultra-high-speed broadband network in at least one U.S. community. We are excited by the amount of support our proposed testbed has received from local communities and individuals.

But smart, tailored public policies are critical too. Let’s install broadband fiber as part of every federally-funded infrastructure project, from highways to mass transit. And let’s deploy broadband fiber to every library, school, community health center, and public housing facility in the U.S.

I support a national broadband strategy because ubiquitous broadband connectivity can catapult America into the next level of economic competitiveness, worker productivity, and educational opportunity. But as in the past, we will make this breakthrough by choice, not chance.

1 thought on “Google CEO Eric Schmidt: ‘America’s Second-Rate Broadband Is Dragging Us Down’”