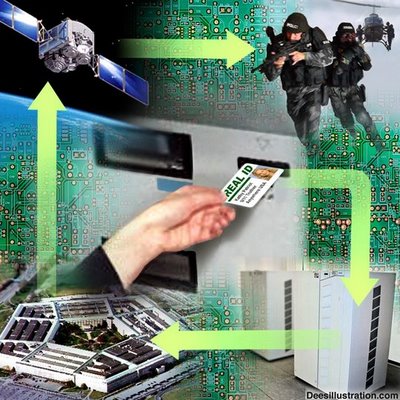 (Wall Street Journal) — Lawmakers working to craft a new comprehensive immigration bill have settled on a way to prevent employers from hiring illegal immigrants: a national biometric identification card all American workers would eventually be required to obtain.

Under the potentially controversial plan still taking shape in the Senate, all legal U.S. workers, including citizens and immigrants, would be issued an ID card with embedded information, such as fingerprints, to tie the card to the worker.

The ID card plan is one of several steps advocates of an immigration overhaul are taking to address concerns that have defeated similar bills in the past.

The uphill effort to pass a bill is being led by Sens. Chuck Schumer (D., N.Y.) and Lindsey Graham (R., S.C.), who plan to meet with President Barack Obama as soon as this week to update him on their work. An administration official said the White House had no position on the biometric card.

“It’s the nub of solving the immigration dilemma politically speaking,” Mr. Schumer said in an interview. The card, he said, would directly answer concerns that after legislation is signed, another wave of illegal immigrants would arrive. “If you say they can’t get a job when they come here, you’ll stop it.”

The biggest objections to the biometric cards may come from privacy advocates, who fear they would become de facto national ID cards that enable the government to track citizens.

“It is fundamentally a massive invasion of people’s privacy,” said Chris Calabrese, legislative counsel for the American Civil Liberties Union. “We’re not only talking about fingerprinting every American, treating ordinary Americans like criminals in order to work. We’re also talking about a card that would quickly spread from work to voting to travel to pretty much every aspect of American life that requires identification.”

Mr. Graham says he respects those concerns but disagrees. “We’ve all got Social Security cards,” he said. “They’re just easily tampered with. Make them tamper-proof. That’s all I’m saying.”

U.S. employers now have the option of using an online system called E-Verify to check whether potential employees are in the U.S. legally. Many Republicans have pressed to make the system mandatory. But others, including Mr. Schumer, complain that the existing system is ineffective.

Last year, White House aides said they expected to push immigration legislation in 2010. But with health care and unemployment dominating his attention, the president has given little indication the issue is a priority.

Rather, Mr. Obama has said he wanted to see bipartisan support in Congress first. So far, Mr. Graham is the only Republican to voice interest publicly, and he wants at least one other GOP co-sponsor to launch the effort.

An immigration overhaul has long proven a complicated political task. The Latino community is pressing for action and will be angry if it is put off again. But many Americans oppose any measure that resembles amnesty for people who came here illegally.

Under the legislation envisioned by Messrs. Graham and Schumer, the estimated 10.8 million people living illegally in the U.S. would be offered a path to citizenship, though they would have to register, pay taxes, pay a fine and wait in line. A guest-worker program would let a set number of new foreigners come to the U.S. legally to work.

Most European countries require citizens and foreigners to carry ID cards. The U.K. had been a holdout, but in the early 2000s it considered national cards as a way to stop identify fraud, protect against terrorism and help stop illegal foreign workers. Amid worries about the cost and complaints that the cards infringe on personal privacy, the government said it would make them voluntary for British citizens. They are required for foreign workers and students, and so far about 130,000 cards have been issued.

Mr. Schumer first suggested a biometric-based employer-verification system last summer. Since then, the idea has gained currency and is now a centerpiece of the legislation being developed, aides said.

A person familiar with the legislative planning said the biometric data would likely be either fingerprints or a scan of the veins in the top of the hand. It would be required of all workers, including teenagers, but would be phased in, with current workers needing to obtain the card only when they next changed jobs, the person said.

The card requirement also would be phased in among employers, beginning with industries that typically rely on illegal-immigrant labor.

The U.S. Chamber of Commerce doesn’t have a position on the proposal, but it is concerned that employers would find it expensive and complicated to properly check the biometrics.

Mr. Schumer said employers would be able to buy a scanner to check the IDs for as much as $800. Small employers, he said, could take their applicants to a government office to like the Department of Motor Vehicles and have their hands scanned there.

—Alistair MacDonald contributed to this article.

Write to Laura Meckler at laura.meckler@wsj.com 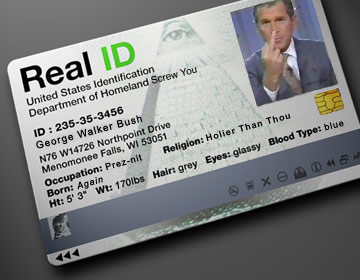 2 thoughts on “US: ID Card for Workers Is at Center of Immigration Plan”