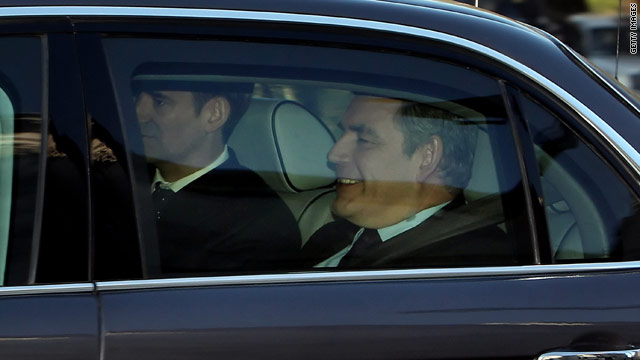 British Prime Minister Gordon Brown arrives at the Iraq Inquiry to give his testimony about the 2003 conflict.

London, England (CNN) — The decision to go to war in Iraq “was the right decision and it was for the right reasons,” British Prime Minister Gordon Brown said Friday in his first response at the Iraq War Inquiry.

Brown was answering a question from the chairman of the inquiry, John Chilcot, about whether he thought taking military action in March 2003 was the right decision, especially given that it led to such a great loss of life among military personnel and civilians.

The prime minister said he pays respect to members of the armed forces “who served with great distinction in Iraq” and lost their lives, and to civilians who died.

“I think any loss of life is something that makes us very sad indeed,” he said.

AND THIS ARE THE ‘RIGHT REASONS’: