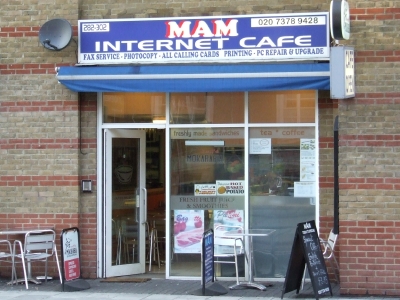 THE GLORIOUS BRITISH GOVERNMENT, upon which the sun finally set almost 100 years ago, has decided that having open WiFi networks is bad for the general population and it wants them all shut off.

The move, which will kill off using your laptop in an Internet cafe or coffee shop without getting a password from the owner, is part of the Digital Economy Bill.

The government has issued a clarification of the Bill which will mean that many organisations will be open to the same penalties for copyright infringement as individual subscribers, potentially including disconnection from the Internet.

Some legal experts say it will become impossible for small businesses to offer WiFi access to their customers.

Lord Young, a minister at BIS and apparently a flaming twit, said libraries and universities could not be exempted because “this would send entirely the wrong signal and could lead to ‘fake’ organisations being set up, claiming an exemption and becoming a hub for copyright infringement”. The idea is anyone could set themselves up as the University of Pirate Bay and they’d then be safe, Lord Young fears.

Universities will need to work out if they are an ISP or a subscriber. Subscribers can be switched off for piracy. ISPs have to store user data and hand it over to rights holders when ordered to do so.  If you are a coffee shop then storing data for three years on your punter’s doings might be a bit like hard work.

What might let Internet cafes off the hook is that they tend to be too low-bandwidth to support file-sharing and, under the Bill, “such a service is more likely to receive notification letters as a subscriber than as an ISP.” µ