With the dramatic emergence of intra-EU bickering between various “banana-eating countries” and “tax cheats”, it is easy to lose sight of the forest for the banana trees. While it is subjective to say who owes whom what, one thing that is very objective, is whose money is critical to sustaining the European Union.

And here there is no doubt: without Germany, the EU would not exist. The country, which receives €78 billion from the EU annually, pays out more than double that, or €164 billion, for a net impact of (€1,045) per capita.

Surely the Germans would be just as happy to see this money retained by their economy instead of going to assorted hangers-on. And speaking of the latter, one of the biggest recipients, with a net benefit of €2,284 per person, is Greece, which pays just €15 billion a year to the EU but receives nearly triple, or €40 billion.

We wonder just how Greece will plug that particular hole should the EU dissolve after the recent escalation in rhetoric threatens to royally piss off the Germans. 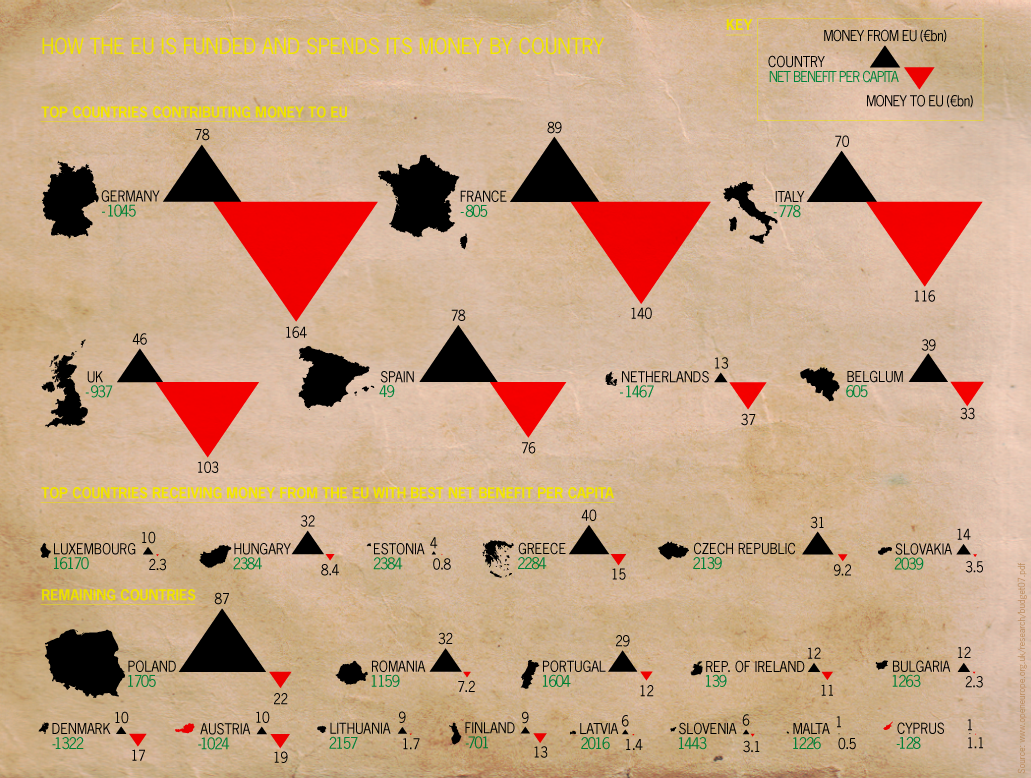