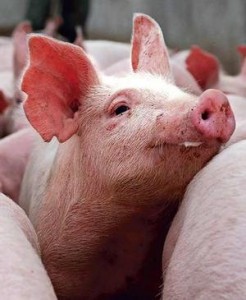 The Canadian government is on the verge of approving the introduction of extremely bizarre genetically modified pigs into the Canadian food supply.

These new mouse/pig hybrids have been dubbed “enviropigs” and are being touted as being much better for the environment.  This new “breed” of Yorkshire pigs was created by scientists in Ontario at the University of Guelph, who spliced in genes from mice to decrease the amount of phosphorus produced in the pigs’ excrement.

So soon millions of Canadians will be eating meat from mouse/pig hybrid creatures and most of them will not even realize it.  It is expected that approval for this new “brand” of pigs will be sought in the United States as well.

But this is hardly the first time that scientists have mixed two kinds of animals together in an attempt to create creatures that will be beneficial for humanity.

The truth is that scientists around the world are now creating bizarre hybrid “animals” on a regular basis.  Over the past couple of decades the field of genetic modification has made extraordinary advances, and now researchers and scientists seem very eager to exploit these new technologies.

So what kind of weird, mysterious creatures have scientists been creating?

Well, what would you think of a cat that glows in the dark?

So perhaps in the future not only can your cat cuddle up to you and keep you warm – it could also serve as a night light.

But U.S. researchers were not even the first ones to do this to cats.  A team of scientists in South Korea had previously created a cat that glows red under ultraviolet light.

Now why in the world would scientists do this kind of a thing?

Well, because they can.

But scientists have created creatures that are even more bizarre than fluorescent cats. 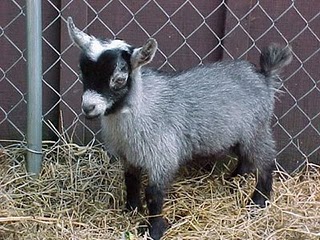 Yes, it is true.  A Canadian company known as Nexia has created goats that are genetically modified to be part spider.

Reportedly, the fibers that are produced are more durable than Kevlar, more flexible than nylon, and stronger than steel.

This substance has industrial and military applications that are apparently extremely valuable.

But when you tell most people that spider goats exist they will just laugh at you.

If that is the response that you get when you tell someone about spider goats, just show them the following video.

So does all of this tampering with the environment disturb you?

After all, at least scientists are not creating human/animal hybrid creatures, right? 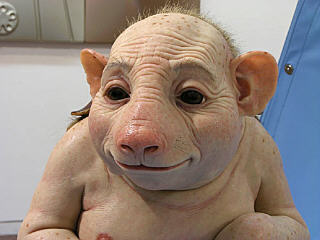 The truth is that human/pig hybrid creatures will soon be legally grown inside of the United States.

This is being publicly announced and almost nobody is getting upset about it.

What is being described as a “cutting edge” new program will actually produce pigs with human genes in them.  These hybrid pigs will be “grown” in order to produce organs for transplants into humans.

Does this bother you?

Perhaps it would bother you more if you knew exactly where these pigs are to be grown.

That’s right – human/pig hybrids are going to be raised right in the middle of the United States.

So is it possible that such creatures could end up in our food supply?

You don’t think they would ever do that to us?

Don’t be so sure.

The FDA has already announced that the offspring of cloned animals could be in our food supply right now and that there is nothing that they can do about it.

Of course they have plenty of time to conduct military style raids of Amish farmers, but apparently they have no time to figure out if our food supply is tainted by cloned animals.

Yes, this is really happening.

In fact, the FDA has said that it is basically a non-issue to them.