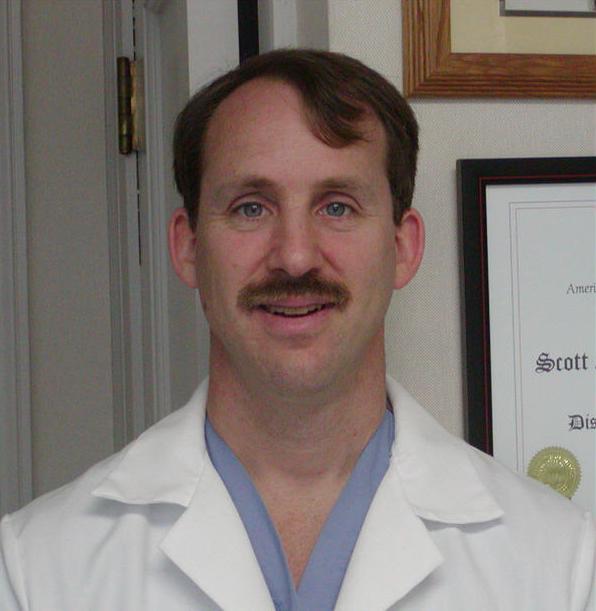 (NaturalNews) It’s being called the largest research fraud in medical history. Dr. Scott Reuben, a former member of Pfizer’s speakers’ bureau, has agreed to plead guilty to faking dozens of research studies that were published in medical journals.

Now being reported across the mainstream media is the fact that Dr. Reuben accepted a $75,000 grant from Pfizer to study Celebrex in 2005. His research, which was published in a medical journal, has since been quoted by hundreds of other doctors and researchers as “proof” that Celebrex helped reduce pain during post-surgical recovery. There’s only one problem with all this: No patients were ever enrolled in the study!

Dr. Scott Reuben, it turns out, faked the entire study and got it published anyway.

As a result of Dr. Reuben’s faked studies, the peer-reviewed medical journal Anesthesia & Analgesia was forced to retract 10 “scientific” papers authored by Reuben. The Day of London reports that 21 articles written by Dr. Reuben that appear in medical journals have apparently been fabricated, too, and must be retracted.

After being caught fabricating research for Big Pharma, Dr. Reuben has reportedly signed a plea agreement that will require him to return $420,000 that he received from drug companies. He also faces up to a 10-year prison sentence and a $250,000 fine.

He was also fired from his job at the Baystate Medical Center in Springfield, Mass. after an internal audit there found that Dr. Reuben had been faking research data for 13 years. (http://www.theday.com/article/20100…)

Business as usual in Big Pharma

The real story here is that this is business as usual in the pharmaceutical industry.

Fraudulent research, in other words, is widespread in modern medicine. The pharmaceutical industry couldn’t operate without it, actually. It is falsified research that gives the industry its best marketing claims and strongest FDA approvals. Quacks like Dr Scott Reuben are an important part of the pharmaceutical profit machine because without falsified research, bribery and corruption, the industry would have very little research at all.

Remember, too, that all the proponents of pharmaceuticals, vaccines and mammograms ignorantly claim that their conventional medicine is all based on “good science.” It’s all scientific and trustworthy, they claim, while accusing alternative medicine of being “woo woo” wishful thinking and non-scientific hype. Perhaps they should have a quick look in the mirror and realize it is their own system of quack medicine that’s based largely on fraudulent research, bribery and corruption.

You just have to laugh, actually, when you hear pushers of vaccines and pharmaceuticals claim their medicine is “scientific” while natural medicine is “unproven.” Sure it’s scientific — about as scientific as the storyline in a Scooby Doo cartoon, or as credible as the medical license of a six-year-old kid who just received a “let’s play doctor” gift set for Christmas. Many pharmaceutical researchers would have better careers as writers of fiction novels rather than scientific papers.

For all those people who ignorantly claim that modern pharmaceutical science is based on “scientific evidence,” just give them these three words: Doctor Scott Reuben.

Don’t forget that the drug companies openly supported Dr. Scott Reuben’s research. They paid him, in fact, to keep on fabricating studies.

The drug companies claim to be innocent in all this, but behind the scenes they had to have known what was going on. Dr. Reuben’s research was just too consistently favorable to drug company interests to be scientifically legitimate. If a drug company wanted to “prove” that their drug was good for some new application, all they had to do was ask Dr. Reuben to come up with the research (wink wink). “Here’s another fifty thousand dollars to study whether our drug is good for post-surgical pain (wink).”

And before long, Dr. Reuben would magically materialize a brand new study that just happened to “prove” exactly what the sponsoring drug company wanted to prove. Advocates of western medicine claim they don’t believe in magic, but when it comes to clinical trials, they actually do: All the results they wish to see just magically appear as long as the right researcher gets paid to materialize the results out of thin air, much like waving a magician’s wand and chanting, “Abra cadabra… let there be RESEARCH DATA!”

Shazam! The research data materializes just like that. It all gets written up into a “scientific” paper that also magically gets published in medical journals that fail to ask a single question that might exposed the research fraud.

I guess these people believe in magic after all, huh? Where science is lacking, a little “research magic” conveniently fills the void.

The whole system makes a mockery of real science. It is a system operated by criminals who fabricate whatever “scientific evidence” they need in order to get published in medical journals and win FDA approval for drugs that they fully realize are killing people.

What is “Evidence-Based Medicine?”

The fact that a researcher like Dr. Reuben could so successfully fabricate fraudulent study data, then get it published in peer-reviewed science journals, and get away with it for 13 years sheds all kinds of new light on what’s really behind “evidence-based medicine.”

The recipe for evidence-based medicine is quite simple: Fabricate the evidence! Get it published in any mainstream medical journal. Then you can quote the fabricated evidence as “fact!”

When pushers of pharmaceuticals and vaccines resort to quoting “evidence-based medicine” as their defense, keep in mind that much of their so-called evidence has been entirely fabricated. When they claim their branch of toxic chemical medicine is based on “real science,” what they really mean is that it’s based on fraudulent science but they’ve all secretly agreed to call it “real science.” When they claim to have “scientific facts” supporting their position, what they really mean is that those “facts” were fabricated by criminal researchers being paid bribes by the drug companies.

“Evidence-based medicine,” it turns out, hardly exists anymore. And even if it does, how do you know which studies are real vs. which ones were fabricated? If a trusted, well-paid researcher can get his falsified papers published for 13 years in top-notch science journals — without getting caught by his peers — then what does that say about the credibility of the entire peer-review science paper publishing process?

Here’s what is says: “Scientific medicine” is a total fraud.

And this fraud isn’t limited to Dr Scott Reuben, either. Remember: he engaged in routine research fraud for 13 years before being caught. There are probably thousands of other scientists engaged in similar research fraud right now who haven’t yet been caught in the act. Their fraudulent research papers have no doubt already been published in “scientific” medical journals. They’ve been quoted in the popular press. They’ve been relied on by FDA decision makers to approve drugs as “safe and effective” for widespread use.

And yet underneath all this, there’s nothing more than fraud and quackery. Sure, there may be some legitimate studies mixed in with all the fraud, but how can we tell the difference?

How are we to trust this system that claims to have a monopoly on scientific truth but in reality is a front for outright scientific fraud?

Keep up the good work. After paying your fine and serving a little jail time, I’m sure your services will be in high demand at all the top drug companies that need yet more “scientific” studies to be fabricated and submitted to the medical journals.

You may be a dishonest, disgusting human being to most of the world, but you’re a huge asset to the pharmaceutical industry and they need you back! There are more studies that need to be fabricated soon; more false papers that need to be published and more dangerous drugs that need to receive FDA approval. Hurry!

Because if there’s one place that extreme dishonesty is richly rewarded, it’s in the pharmaceutical industry, where poisons are approved as medicines and fiction is published as the truth.

Sources for this story include:
http://www.nbcconnecticut.com/news/…