Lock up your kids and lock down your PC’s 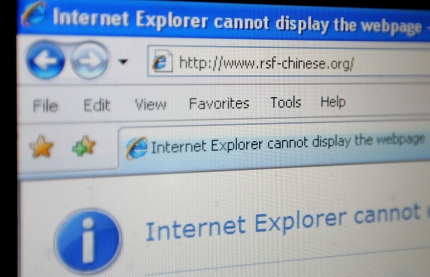 France yesterday put in its bid for an unlikely prize, becoming the first western country to make even Australia look liberal when it comes to state powers of internet censorship.

In the teeth of fierce opposition both inside and outside parliament, the National Assembly approved, by 312 votes to 214 against, a first reading of a bill on Internal Security – the quaintly titled “LOPPSI 2”.

LOPPSI – otherwise known as Loi d’Orientation et de Programmation pour la SÈcuritÈ IntÈrieure (pdf)- is a ragbag of measures designed to make France a safer place. Like similar UK legislation – most notably the various Criminal Justice acts brought in over the last decade – LOPPSI brings together a number of apparently unrelated proposals which would severely restrict individual rights in all walks of life.

Last week, for instance, the Assembly agreed to include within the new law a measure that would allow Prefects to sign off on a curfew for children aged under 13, out unaccompanied between the hours of 11 pm and 6 am.

However, it is in the online area that some of the most radical proposals are to be found, with the criminalisation of online ID theft, provision for the police to tap online connections in the course of investigations, and most controversially of all, allowing the state to order ISPs to block (filter) specific internet URLs according to ministerial diktat.

It has also been suggested that the state should have the right to plant covert trojans to monitor individual PC usage.

Whilst the latter measures are put forward on the grounds of child protection, critics have been quick to point out that, in the absence of any judicial oversight mechanism, this is a power just waiting to be abused.

A broad coalition of groups and individuals outside the French parliamentary system have been scathing in their condemnation. LOPPSI, a site dedicated to this law, writes: “The French Government has got it worked out. To place limits on the free space that is the internet, they have to control it: but how can they destroy such a space without fierce resistance?”

The dishonest answer, according to this site, is to use the paedophile as a pretext. Because, they say “the whole world is instantly terrified”. Despite this, the measures proposed will do little to safeguard children – and nothing to prevent anyone who can afford to spend €5 a month from accessing the same material via VPN.

Similar arguments have been put forward in the Assembly by a number of Deputies. Patrick Braouzec and Michel VaxËs proposed the deletion of this power, arguing that it does not really solve the child pornography issue. They argued that this approach could be a mistake as filtering will allow hiding the evolution of the phenomenon, whilst Paedophiles who use the internet are very capable of getting around any filtering techniques by using crypting and anonymisation methods, thus being “paradoxically, better protected”. Amendments along the same lines were also put forward by Deputies Lionel Tardy and Nicolas Dupont-Aignan.

Meanwhile, the French Data Protection Authority, CNIL, has made plain its concerns with several of the proposed measures. CNIL expressed fears related to several provisions of the draft, especially in relation to the collection and retention of data, installation of Trojan horses on computers and the surveillance of public access to the Internet.

The legislation still has some way to go. However, the sentiment contained within the draft that passed yesterday is populist and, on the voting evidence so far, many Deputies are clearly well aware of that.