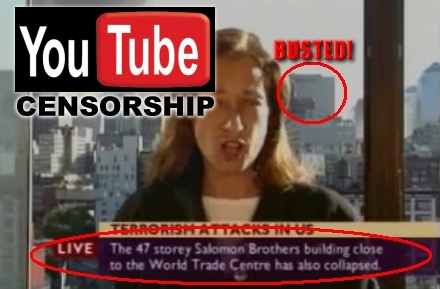 Not that we already have more than enough censorship!

Google says it will not “voluntarily” comply with the government’s request that it censor YouTube videos in accordance with broad “refused classification” (RC) content rules.

Communications Minister Stephen Conroy referred to Google’s censorship on behalf of the Chinese and Thai governments in making his case for the company to impose censorship locally.

Google warns this would lead to the removal of many politically controversial, but harmless, YouTube clips.

University of Sydney associate professor Bjorn Landfeldt, one of Australia’s top communications experts, said that to comply with Conroy’s request Google “would have to install a filter along the lines of what they actually have in China”.

As it prepares to introduce legislation within weeks forcing ISPs to block a blacklist of RC websites, the government says it is in talks with Google over blocking the same type of material from YouTube.

YouTube’s rules already forbid certain videos that would be classified RC, such as sex, violence, bestiality and child pornography. But the RC classification extends further to more controversial content such as information on euthanasia, material about safer drug use and material on how to commit more minor crimes such as painting graffiti.

Google said all of these topics were featured in videos on YouTube and it refused to censor these voluntarily. It said exposing these topics to public debate was vital for democracy.

In an interview with the ABC’s Hungry Beast, which aired last night, Conroy said applying ISP filters to high-traffic sites such as YouTube would slow down the internet, “so we’re currently in discussions with Google about … how we can work this through”.

“What we’re saying is, well in Australia, these are our laws and we’d like you to apply our laws,” Conroy said.

Google Australia’s head of policy, Iarla Flynn, said the company had a bias in favour of freedom of expression in everything it did and Conroy’s comparisons between how Australia and China deal with access to information were not “helpful or relevant”.

Google has recently threatened to pull out of China, partly due to continuing requests for it to censor material.

“YouTube has clear policies about what content is not allowed, for example hate speech and pornography, and we enforce these, but we can’t give any assurances that we would voluntarily remove all Refused Classification content from YouTube,” Flynn said.

“The scope of RC is simply too broad and can raise genuine questions about restrictions on access to information. RC includes the grey realms of material instructing in any crime from [painting] graffiti to politically controversial crimes such as euthanasia, and exposing these topics to public debate is vital for democracy.”

Asked for further comment, a Google Australia spokeswoman said that, while the company “won’t comply voluntarily with the broad scope of all RC content”, it would comply with the relevant laws in countries it operates in.

However, if Conroy includes new YouTube regulations in his internet filtering legislation, it is not clear if these would apply to Google since YouTube is hosted overseas.

“They [Google] don’t control the access in Australia – all their equipment that would do this is hosted overseas … and I would find it very hard to believe that the Australian government can in any way force an American company to follow Australian law in America,” Landfeldt said.

“Quite frankly it would really not be workable … every country in the world would come to Google and say this is what you need to do for our country. You would not be able to run the kind of services that Google provides if that would be the case.”

This week the Computer Research and Education Association (CORE) put out a statement on behalf of all Australasian computer science lecturers and professors opposing the government’s internet filtering policy.

They said the filters would only block a fraction of the unwanted material available on the internet, be inapplicable to many of the current methods of online content distribution and create a false sense of security for parents.

CORE said the blacklist could be used by current and future governments to restrict freedom of speech, while those determined to get around the filters and access nasty content could do so with ease.