Compared to Wall Street the US government and the Fed nuked the economy, the dollar and any bright future that the people in the US might have had. The people will experience the fallout very soon. 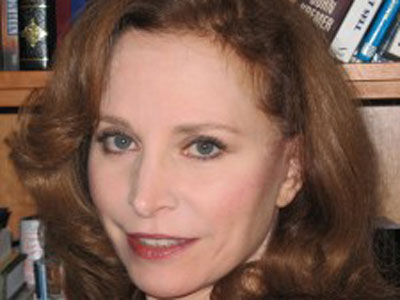 If a high-on-crack driver crashed his speeding rental car into your house and killed your spouse, you would be outraged if law enforcers took bribes and gave the driver a pass on a blood test. If the judge then merely fined the killer and ordered you to pay it, you would appeal, wondering what happened to justice. If the government then handed the crack-driver keys to a bigger rental car and presented you with the rental bill, you would certainly protest.

How is it, then, that you have remained largely silent in the face of the same sort of behavior by Wall Street and Washington? Bonus-seeking bankers careened off the right path and ran Ponzi schemes that nearly ruined our economy. Bureaucrats and elected officials bailed them out without demanding consequences. Bankers are revving their engines again.

Bankers Get Bonuses, the USA Gets the Great Recession

Taxpayers are asked to believe that over-borrowing by U.S. consumers created a global financial crisis. This myth aids and abets Wall Street. The economy was nearly destroyed because banks borrowed massively, and they borrowed many multiples more than they could afford. Wall Street pumped the Fed’s cheap money through financial meth labs, and deceptive financial vehicles ran over securities laws at top speed.

More than 20% of mortgage loans–including originally sound loans–are underwater, meaning the borrower owes more than the home is worth. Official unemployment numbers hover at around 10%. If you include underemployment, it is around 18%. In depressed areas where the nation’s poorest–chiefly minorities–have been hurt the most, unemployment has soared past 30%. For this destitute group, unemployment combined with underemployment exceeds 50%.

As U.S. soldiers fought wars in Iraq and Afghanistan, Wall Street flattened Main Street. Our foreign wars drag on, while the U.S. battles a crippling recession at home.

Fraud by borrowers, fraud on borrowers, and speculation by people who thought home prices would rise forever have all tarnished mortgage lending. Yet this pales compared to the epidemic of predatory lending.

When Wall Street packaged these loans and sold deceptive “investments,” documents did not specifically disclose that credit ratings were misleading. If you know or should know a car’s gas tank will blow up, you cannot use a misleading third-party consumer report as an excuse. Yet bonus-seeking bankers used this sort of excuse to get through a few more highly-paid bonus cycles, before it all fell apart. Only the elite crowd of insiders prospered.*

This was the most massive Ponzi scheme in the history of the global capital markets. U.S. taxpayers became unwilling unsophisticated investors when we bailed out the financial system. We must hold Wall Street accountable for its fraud.

More Bonuses for Bankers, a Deeper Recession for the USA

Banks that contributed to our economic distress are heralded as geniuses at risk management, after taxpayers saved them from ruin. Wall Street escaped prosecution (so far), and Congress gave it a faster and more powerful car.

Paul Volcker suggested reforms, and special interest groups successfully lobbied to make them meaningless. His proposal to limit “proprietary” trading–a small step in the right direction–has been thwarted by banks claiming they engage in high risk trades on behalf of customers. Washington seems to have already forgotten that AIG nearly went bankrupt–and nearly took the entire financial system down with it–because of Wall Street’s “customer” trades. Wall Street and AIG insiders grew rich on bonuses based on a myth, and taxpayers funded AIG’s $180 billion bailout.

Wall Street now makes most of its “profits” from high-risk trading, and rewards risk with huge bonuses. It has unfettered access to more U.S. taxpayer money than in the history of the United States. Traditional banking suffers; it cannot generate enough revenue to “justify” massive bonuses. Bankers get billions in bonuses based on a myth, and U.S. taxpayers get a deeper recession and more risk.

Reform Starts with the President and Congress

Congress has protected Wall Street and passed on the costs to hard-working taxpayers. “Too-big-to-fail” financial institutions are too big to exist, and it is past time to break them up. They currently enjoy around $13 trillion of taxpayer-funded support, including tens of billions of FDIC debt guarantees for each of the too-big-to-fail banks and more than $2 trillion in nearly zero-cost funding from the Fed.

President Obama has not yet condemned Wall Street’s massive fraud, and Congress’s bailout methods rewarded Wall Street’s malicious mischief. The House just passed a bigger bailout bill that will give too-big-to-fail Wall Street banks access to $4 trillion dollars the next time they crash the economy.

Congress must start again from scratch, and give us real reform. Washington needs to get back in the driver’s seat, and voters need to make Congress steer straight this time by calling and writing representatives and senators.

* In a control fraud, only insider agents prosper. The losers are financial institutions’ shareholders and debtors, investors, borrowers, and the U.S. taxpayer. Banks covered-up indefensible lending–enabled by complicit rating agencies, “creative” accounting at related mortgage lenders, crooked CDO “managers,” venal hedge funds, crony accountants, and captured regulators. They parked the risk on their own balance sheets, on the balance sheets of Fannie Mae or Freddie Mac, in off-shore vehicles, or on unwary investors around the globe. Sometimes banks “transferred” risk with credit derivatives backed by phony securities that harmed “sophisticated” insurers like AIG, Ambac, MBIA, FGIC, and ACA–all of which were either bankrupted or damaged.

The US government and the Fed are destroying America: