It is really the Goldman Sachs banksters that should go to jail, because this is impossible:

U.S. Attorney Joseph Facciponti told a federal magistrate judge at his July 4 bail hearing in New York. The 34-year-old prosecutor also dropped this bombshell: “The bank has raised the possibility that there is a danger that somebody who knew how to use this program could use it to manipulate markets in unfair ways.”

Guess what Goldman Sachs banksters are doing with the program! The markets are rigged and the real criminals never get punished. 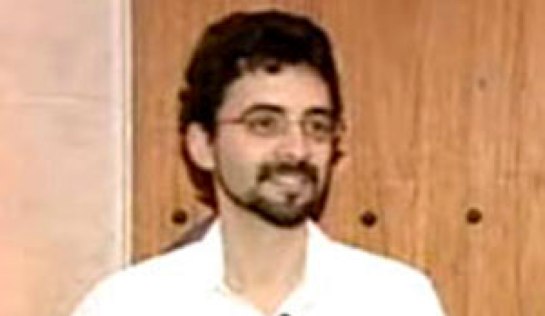 The reputed “Goldman Sachs Spy,” Sergey Aleynikov, was indicted today on charges that he stole the secrets to the bank’s closely guarded high-frequency trading platform.

(Scroll down for a link to Aleynikov’s wacky home videos and ballroom dancing clips.)

The platform, according to the indictment, gave Goldman Sachs a “competitive advantage” by executing high volumes of trades at breakneck speeds. Aleynikov, who could face 25 years in jail, was in charge of a group of computer programmers who maintained the bank’s trading platform. The platform reportedly generated “many millions” in profits each year.

According to the indictment, Aleynikov went to work for Teza, a newly-formed firm in Chicago, in April of 2009, and was tasked with developing a high-frequency trading platform for the company. With a pay package totaling $400,000 at Goldman Sachs, Aleynikov was certainly already well-compensated. Teza, however, offered him a guaranteed salary of $300,000, a guaranteed bonus of $700,000 and a profit-sharing agreement that was worth about $150,000.

Prosecutors from the U.S. Attorney’s office in Manhattan allege that Aleynikov, after 5 p.m. on his last day at Goldman Sachs, “executed the transfer of thousands of lines of source code for Goldman’s high-frequency trading system.” And, the indictment alleges, he skirted Goldman’s security apparatus by uploading the source code files to a server in Germany.

Aleynikov then encrypted the files and, several days later, logged onto a computer from his home in New Jersey and downloaded Goldman’s proprietary data. He then carried that data into a meeting with Teza workers, according to the indictment.

In November, the government indicated that it was discussing a plea deal with Aleynikov that might have resulted in little or no jail time,reported Reuters.

Zero Hedge wonders whether or not a trial will reveal some crucial details of Goldman Sachs’s secret sauce:

“The indictment comes at a time when most observers had expected this case would be settled quietly, as the prevailing sense was the Goldman had no actionable case, especially after numerous months of court delays.The question now is how much information will be made available for discovery, and how much will be filed under Seal so that no additional Goldman HFT secrets enter the public domain.”

Check out video of Aleynikov’shome movies and his love of ballroom dancing here.

More on the Goldman Sachs banksters: