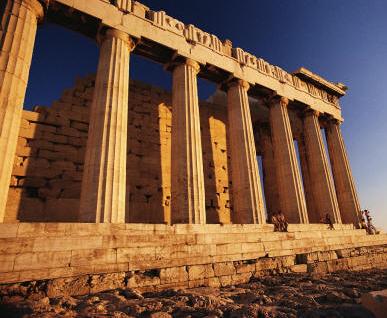 Goldman’s Erik Nielsen lands the bombshell that the Greek deficit mysteriously increased from €29.4 billion to a shopping €37.9 (keep in mind, this is not Bernanke notation where only quad- prefixes impress people at this point).

While certainly not the last time we hear of “prior revisions”, the question of just how patient Germany will be, should this number approach, oh say, 50% once the artificial support of various Goldman swaps expires (and at 50% the BSDs like Goldman will surely round up to 100%), is very much open.

Big revision up in their 2009 fiscal deficit: Late yesterday, the Greek finance ministry amended its website for its 2009 fiscal cash execution, adding close to EUR 6bn to expenditures in December for a total of EUR 11.8bn, which takes the full-year deficit to EUR 37.9bn – up from EUR 29.4bn reported previously.  This implies an increase in their 2009 central government budget deficit from about 12.2% of GDP to about 16% of GDP.  There has been made no explanation for this revision, but we think it may be associated with payment of arrears to hospitals, which means that the general government deficit may have increased by less.  Regardless, given the uncertainties, it is a stunning revision to make to the December payments without an explanation.  Hopefully, it’s a good use of money, like clearance of arrears, but it would be good to know.

Latest thought on tomorrow’s summit: Meanwhile, rumours are all around with respect to a possible bail-out package from the EU.  My view remain the same, namely that money will be made available eventually, if needed (probably by end of March), although I hope they get comfortable with their estimate of how big the whole is that they need to fill.  Importantly, however, I don’t think they are ready to commit yet.  Therefore, tomorrow’s summit is likely to be somewhat disappointing for the market because the political leaders are unlikely to agree to more than some guidelines for how a rescue plan might take place.  A firm commitment is virtually impossible, partly for the reason that bilateral lending would have to be approved by the national parliaments, if it goes beyond small amounts inside their cash holdings for a very short term.  And this process has not yet started in any of the countries, although the German finance ministers is reported to have been speaking with the conservative fraction in the German parliament this morning.  I believe that outstanding issues include (1) the size of the loan or guarantee (I think something like EUR20bn is likely); (2) burden sharing between the other Euro-zone countries (Germany and France will be the heavyweights but other Euro-zone countries will surely participate as well); (3) the terms of the money (I expect it’ll be short term, maybe 6 months with a decent spread); and (4) conditionality (tough, including specific commitments to do still more if execution should fall short of estimates.)  Whether they’ll agree on all this tomorrow, I rather doubt – and I very much doubt that we’ll get anything like this degree of details in their statement.  But then again, a statement of “conditional support in principle” might be enough to sustain this rally.  We shall see.