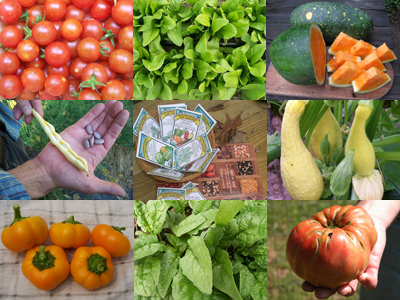 A poor growing season last year and increased orders from Europe could make it difficult for home gardeners to get seeds for the most popular cucumber variety and some vegetables this spring. Farmers, who usually grow different varieties than home gardeners, aren’t likely to be affected.

Seeds for what’s known as open-pollinated cucumbers seem to be most scarce, but carrots, snap peas and onions also could be in short supply.

“I suspect there will be some seeds you just won’t be able to buy if you wait too long on it,” said Bill Hart, the wholesale manager in charge of seed purchasing at Chas. C. Hart Seed Company in Wethersfield, Conn. “The sugar snap peas we’re not able to get at all, and other companies that have it will sell out pretty quickly.”

The problem is primarily due to soggy weather last year that resulted in a disappointing seed crop. European seed growers also had a bad year, leading to a big increase in orders for American seeds.

Demand for seeds in the U.S. soared last year, as the poor economy and worries about chemical use and bacteria contamination prompted many people to establish gardens. Homegrown food seemed safer and more affordable. But some wonder if the wet weather that ruined gardens in many areas last summer will discourage first-time gardeners from planting again.

“A lot of people are getting into it, but it was a disastrous year for gardens last year because it was so cold and wet,” said wholesale seed distributor Mel Brekke, who owns Brekke’s Town and Country near Ames, Iowa.

Kathy Gocke of Bondurant, Iowa, said she orders seeds early for herself and her county’s master gardener’s program and advises others to do the same.

“If you do it before the first of January, they have a pretty good stock,” Gocke said.

Burpee Seeds in Warminster, Pa., bills itself as the largest provider of home garden seeds, and Chief Executive Officer George Ball said the company’s huge reserves mean it will have plenty of seeds. But Ball said he understands why others might have limited supplies after a big spike in demand in the past two years.

“It was unlike anything I’ve seen in the past 30 years,” he said.

Barbara Melera, owner of D. Landreth Seeds of New Freedom, Pa., expects carrot seeds to be especially hard to find because of big orders from Europe, which had a poor crop last year. Also, fewer farmers are opting to grow seeds, she said. Many now have switched to growing corn for the biofuels industry.

“In this country, farmers who grow things for seed are becoming an endangered species,” Melera said. “The farms producing things for seeds is reduced significantly, and in the past two to three years they can get more money for growing corn for ethanol plants than carrots for seeds.”

Jennifer Nothwehr, seed coordinator for the Shenandoah, Iowa-based Earl May seed and nursery business, said she hasn’t run into shortages, but her company typically orders its seeds from wholesalers a year in advance. They received and packaged the seeds they’ll sell this year last fall, and because they set prices last spring, any shortage won’t affect them.

Nothwehr also said that while popular varieties, like one known as the straight eight cucumber, may be hard to find, others are available.

“One of the most popular carrots we can’t get, but we have four other varieties we can get if a customer wants to try something different,” she said.

Hart said his family business has a small retail operation, and he’s noticed people coming in earlier than usual this year, possibly because of worries over a shortage of seeds.

“I don’t know if they’re hoping for spring or just hoping to get going,” he said.