EXTRA: An Interview With A Haitian-American Nurse

While I was getting something to eat in Delmas, I ran into a group of Haitian American nurses and doctors from the United States. I wanted to get their reaction to the earthquake and relief efforts.

“I thought I was going to be seeing military everywhere.”

Listen to the interview, click here for the MP3 (4 mins 9 secs) 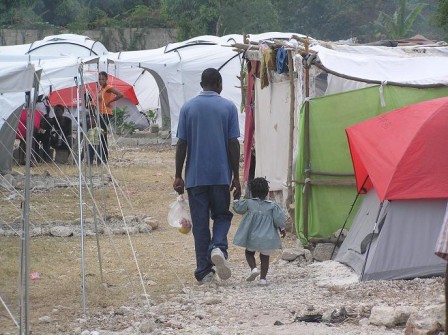 You have to be in Haiti to see for yourself that no where in Port-au-Prince are troops present or actively helping survivors.

No Aid In Port-au-Prince

I have been driving all week around Port-au-Prince taking photos of the destroyed homes and buildings and as I’ve gone from one end of this city to the other, the US is military is only found at the airport – nice and secured behind those gates.

Meanwhile, the UN and its white Jeeps are driving all around this city, but I haven’t seen them stop at any particular location to give food or water. Where is all the aid going, if any?

Michel David Stephan is a 22-year-old Haitian university student who has not been able to continue his studies because the campus has been badly damaged. I asked him what he thought of the UN.

“We call them ‘tourists’ because they don’t do nothing,” Stephan told me.

I also asked Stephan what he thought of the US military.

“They are tourists too, they only come to take pictures,” he said.

The only people present and actively helping on the ground are members of relief organizations, but there aren’t enough of them. 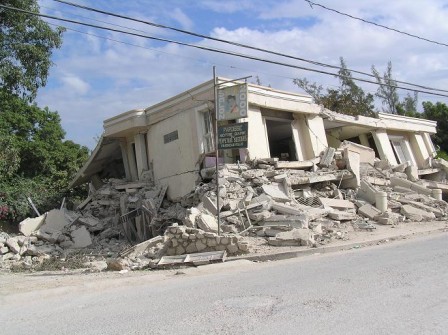 As a journalist my job is to try to provide answers, but I find myself scratching my head too. The troops are not seen at the tent cities or shanty towns – are they tanning at the beach? That’s a big maybe.

In many parts of Port-au-Prince you see people selling and providing services. They are trying to go back to a normal life, but right next to a bank, there is a tent city and when you drive around at night, you see people camping out where ever there is space. Do they have a full belly? Most likely not. Would they appreciate the help? No doubt.

There is a big propaganda machine spitting out lies that the Haitians are happy to see Americans everywhere, but those Haitians must be the ones living in the United States. Here what you see are signs with phrases like: “We need food and water,” “We need medicine.” 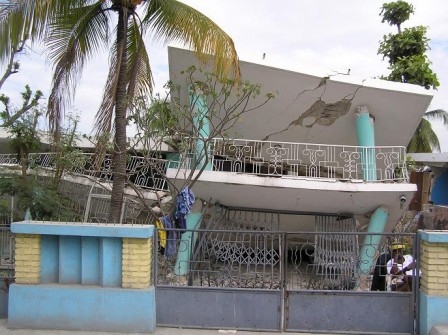 I drove by the Presidential Palace this afternoon, the scenes were even more chaotic there. Downtown Port-au-Prince was hit stronger than other places I had been – the government buildings were flattened like pancakes, floors were stacked up on top of each other. The place smells of dead, the survivors are forced to live like rats packed up on a landfill.

I’ve spoken with doctors and nurses who are concerned with what will happen to the survivors once the relief organizations have to pull them out.

“Who is going to take care of the amputees?” asked Dr. Eric Salado, an Orthopedic Surgeon from Miami. “Who is going to give follow up care to the people who got stitches and will need them removed a month from now?”

I have more questions: Can it be that the aid to Haiti will only lasts as long as the news cycle? Would Haiti be abandoned again once all CNN and other TV reporters go back to Miami, New York, and Los Angeles?

If the US and the UN fail to come through for Haiti, the country will have an entire population of people who are missing limbs and can’t fend for themselves since many of them have lost relatives. 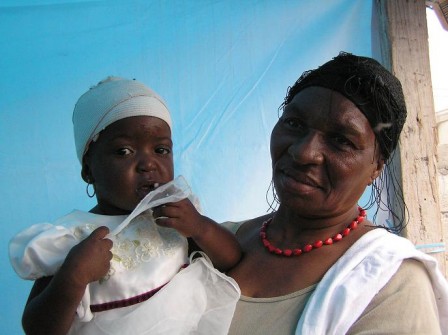 “I had a little girl who lost two fingers during the earthquake,” said Luis Ramos, a Physician Assistant from Pittsburgh. “A relative brought her in because the girl was complaining of pain in her hand. When I took off the bandage and saw what she had, I put the bandage back on and told her to go to a hospital right away,” Ramos said. “The little girl had gangrene all the way to her wrist. They will have to amputate her arm.”

Ramos told me that the little girl was only 18 months old and because of lack of follow up care after the initial treatment, this girl will grow up having only one arm.

1 thought on “Haiti: US Military Nowhere To Be Found In Port-au-Prince”