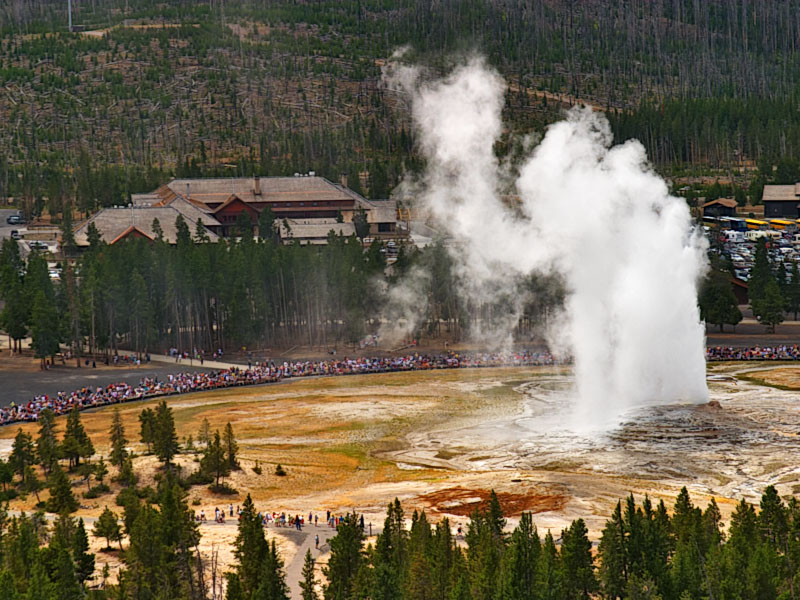 Yellowstone National Park has been rattled by more than 250 earthquakes in the past two days following a period of 11 months of quiet seismic activity in the park.

Prof. Robert B. Smith, a geophysicist at the University of Utah and one of the leading experts on earthquake and volcanic activity at Yellowstone, said that the activity is a “notable swarm.”

Jamie Farrell, a doctoral student in geophysics who works with Smith at the University of Utah, said that as of 3 p.m. today, 270 quakes have been recorded in the past two days.

Farrell said the quakes are occurring in an area about 5 miles from where the largest swarm of quakes was ever recorded in October 1985.

Quakes in the current swarm have ranged in magnitude of 0.5 to 3.1.

Farrell said there have been reports of at least one of the tremors being felt in the park, but he is expecting more reports as the earthquakes continue.

Smith said such swarms are “relatively common.” Today’s tremors seem to be normal tectonic activity, and is “not an indication” that some sort of volcanic activity will occur.

Since 1995 there have been 80 swarms, including the one that started Sunday, Farrell said.

Farrell said that there is absolutely no connection between what is occurring in Yellowstone and the magnitude 7.0 earthquake in Haiti.

“They are completely different systems,” said Farrell. “They are not related.”

In late December 2008 and early January 2009, Yellowstone National park experienced the second largest earthquake swarm in Yellowstone’s recorded seismic history. The swarm under the north end of Yellowstone Lake consisted of 813 earthquakes with magnitudes ranging up to 3.9.

The most devastating earthquake in recent history in the Yellowstone region occurred on Aug. 17, 1959, when a magnitude 7.3 earthquake hit. It was centered near Hebgen Lake, Mont., killed 28 people and caused more than $11 million in damage.

Mike Stickney, director of earthquake studies at the Montana Bureau of Mines and Geology, said there is no way to predict when the next big one will hit.

He said it will likely occur along one of the 45 faults that line two belts – one stretching from Yellowstone National Park up to Helena, Mont., and a second one along the Montana-Idaho border.

The Yellowstone Plateau is one of the largest super-volcanoes in the world and has gone through three volcanic cycles spanning two million years, which included some of the world’s largest known eruptions.

1 thought on “Yellowstone National Park hit by swarm of earthquakes”