New rules to be introduced by government decree will require people who upload videos onto the Internet to obtain authorization from the Communications Ministry similar to that required by television broadcasters, drastically reducing freedom to communicate over the Web, opposition lawmakers have warned. The decree is ostensibly an enactment of a European Union (EU) directive on product placement and is due to go into effect at the end of January after being subjected to a nonbinding appraisal by parliament.

On Thursday opposition lawmakers held a press conference in parliament to denounce the new rules – which require government authorization for the uploading of videos, give individuals who claim to have been defamed a right of reply and prevent the replay of copyright material – as a threat to freedom of expression. [No!! Realmente??!!]

Bruno Leoni is turning over in his grave. 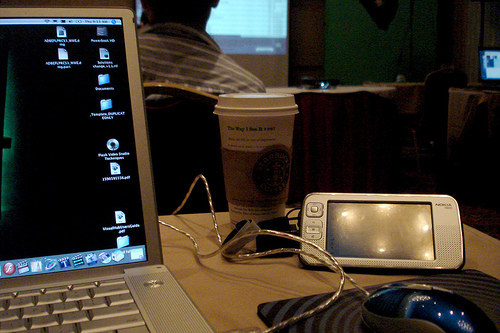 The government of Italy is proposing Internet restrictions on uploaded video content by Italians. The proposed initiative would require citizens to seek authorization from the government before uploading videos.

New restrictions by the Italian government will force Italian Internet users who upload video content onto websites to seek authorization from the Communications Ministry, which is similar to what is required by television broadcasters, according to the San Francisco Gate.Opposition legislators warn that the latest proposal will reduce the level of freedom that Italian Internet users have.

The decree could affect websites of newspapers, IPTV and Mobile TV, which would force them to take on the same legal standards as television broadcasters.

On Thursday, the lawmakers who oppose the bill held a press conference in Parliament to state that the legislation is a serious threat to freedom of speech. The Members of Parliament provided one example of the legislation: Article 4, which requires ministerial authorization of “moving pictures, with or without sound.”

Opposition Democratic Party lawmaker Paolo Gentiloni told the press conference, “The decree subjects the transmission of images on the Web to rules typical of television and requires prior ministerial authorization, with an incredible limitation on the way the Internet currently functions.” Gentiloni’s party colleague Vincenzo Vita added, “Italy joins the club of the censors, together with China, Iran and North Korea.”

Pseudo Anonymous reports that Italian Internet users will be unable to share clips from television shows or goals in the Italian football league.

Commissioner in the Communications Authority, Nicola D’Angelo, who will also play a major role in policing the potential copyright violations, denounced the decree, which he feels is contradictory to the spirit of the European Union directive that enacted similar measures on product placement online.

“Italy will be the only Western country in which it is necessary to have prior government permission to operate this kind of service. This aspect reveals a democratic risk, regardless of who happens to be in power,” said D’Angelo.

Alessandro Gilioli, a writer on the website of the weekly magazine L’Espresso, accused the Italian government of attempting to keep its monopoly on television by restricting information access over the Internet, notes Boing Boing, “It’s the Berlusconi method: Kill your potential enemies while they are small. That’s why anyone doing Web TV — even from their attic at home — must get ministerial approval and fulfill a host of other bureaucratic obligations.”