The US economy lost 85,000 jobs in December while the unemployment rate held at 10.0 percent, the government said Friday in a report dashing hopes of a turnaround in the ailing labor market.

The Labor Department report on nonfarm payrolls was a disappointment to those hoping for growth in jobs, which is critical to recovery from recession.

Hope, believe, change and more green shoots we can believe in!

Any way you look at it, 40% of the unemployed, or 4% of the workforce, a record number of people, or 6.1 million, are now unemployed for over 27 weeks. In November this number was 5.9 million, and a year ago it was a meager 2.5 million. Green shoots. 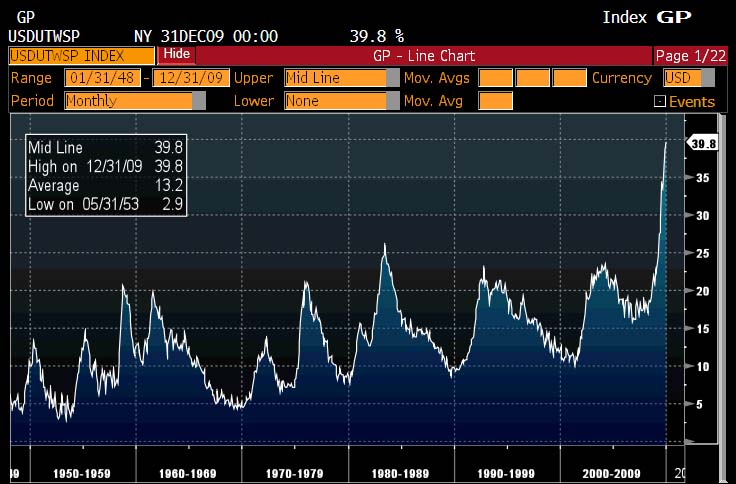 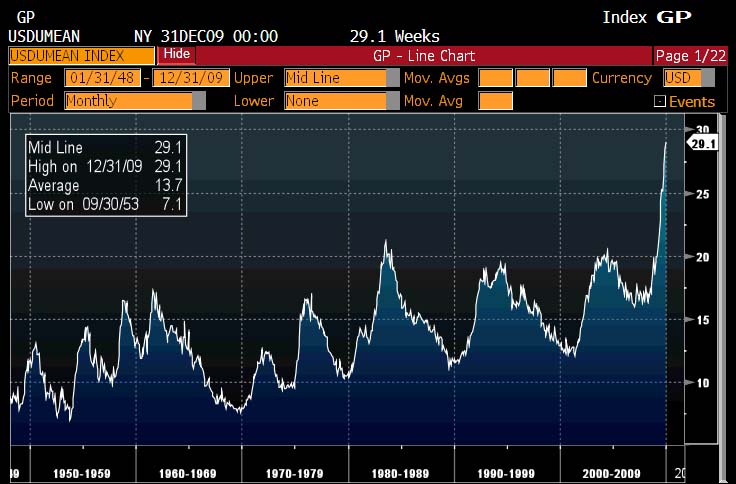 – PIMCO’s Bill Gross warns on risks of US deficit: ‘Our government doesn’t work anymore, or perhaps more accurately, when it does, it works for special interests and not the American people.’