I know people that know how to get ‘Stage IV’ HIV/AIDS patients back to life.

Within weeks you see great improvements and within several months the patients get back to their normal weight.

All symptoms and signs of illness disappear and they test negative, which doesn’t mean a damn thing as we all know.

This is not an easy task to say the least and often times those people that are considered to be ‘beyond treatment’ don’t have any money left, which means that you treat them almost for free.

I know that for more than 12 years now. It’s about time for this documentary to show up in the cinemas.

You may say that can’t be true, but I know what happened to health practitioners that went public 12 years ago with hundreds of documented cases of cured HIV/AIDS patients.

They’ve got a visit from SWAT teams. All of their research has been confiscated and destroyed. 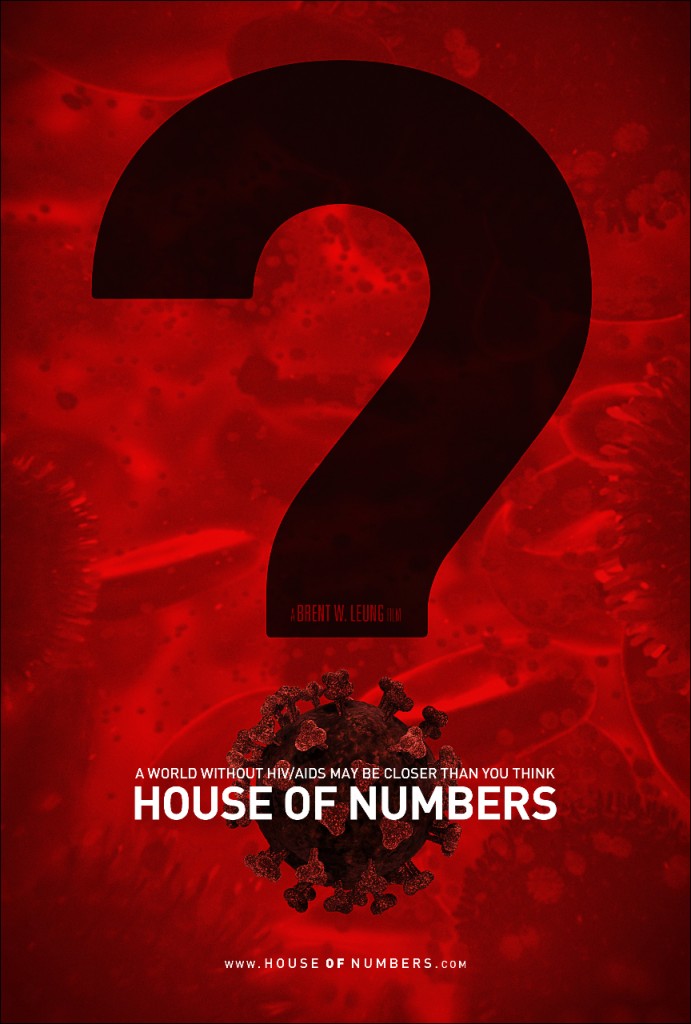 (NaturalNews) Brent Leung’s myth-shattering AIDS documentary, House of Numbers continues to roil conventional AIDS propagandists who cannot tolerate anyone questioning their “scientific” theories. (They’re not exactly “scientific” if they can’t stand up to a little questioning, are they?)

You can watch this exclusive, unedited footage here:
http://www.youtube.com/watch?v=SL1y…

Here’s part of the exchange that takes place in this footage, in which Dr. Constantine tells filmmaker Brent Leung that the AIDS test he took is meaningless:

“I’m gonna ask you one last question that pertains to my HIV test that I took in Africa,” Brent Leung says.

“And you want this on air?” asks Dr. Constantine.

“Now what if I tell you that the test you took was lousy and doesn’t mean a thing, does that make any difference for everybody to hear?” replies Dr. Constantine.

Also in this clip, Leung interviews Dr. Robin Weiss who reveals the failure of the so-called “Western Blot” test, which remains the mainstay “AIDS test” to this day.

The conventional AIDS propagandists are predictably lashing out violently against Brent Leung’s myth-shattering documentary. One critic, Jeanne Bergman, went so far as to accuse Leung of propagating “lies” about HIV even while she pressured ScienceDaily.com to retroactively change the headline of a story the website published in 2007. That story originally reported on a study in primates that showed a sudden loss of T cells is not a trigger for AIDS.

The original headline read, “Sudden Loss Of T Cells Is Not Trigger For AIDS, New Study Suggests”. But after being pressured by Bergman, ScienceDaily changed the headline (nearly two years after the original publication date) to: “Progression Of SIV Infection In Monkeys Points To Differences Between Human And Simian Forms Of AIDS.”

That’s a fairly radical title change. It repositions the entire store and takes away credibility from anyone who had quoted the story as a piece of evidence dismantling conventional AIDS theories. That was the whole point of pressuring ScienceDaily to change their story, of course.

ScienceDaily even engaged in some fairly unusual back-pedaling with an editor’s note that was added to the story: “The purpose of the story was NOT meant to suggest that the sudden loss of T cells is not the trigger of AIDS in humans, nor was there any intent to support the erroneous belief that HIV somehow does not cause AIDS. We regret any confusion that this may have caused.”

In support of the House of Numbers documentary, The Perth Group has published a response to Jeanne Bergman, which you can read here: http://theperthgroup.com/HON/PGBerg…

They’ve also published a hard-hitting, point-by-point defense of the idea of questioning conventional AIDS theories. Just keep in mind that when you read this, you’re not supposed to question anything told to you by conventional doctors and scientists. They already know everything, and the mere act of questioning their theories is blasphemous. So read this link at your own risk: http://theperthgroup.com/HON/PGHONF…

The Perth Group, by the way, was founded by biophysicist Eleni Papadopulos-Eleopulos, emergency physician Valendar F. Turner and Professor of Pathology John Papadimitriou. The group has published scientific papers on AIDS and two of its members were invited contributors to the Presidential AIDS Advisory Panel.

According to The Perth Group, HIV / AIDS experts have NOT proven:

1. The existence of a unique, exogenously acquired retrovirus, HIV.

2. That “HIV” antibody tests are specific for “HIV” infection. (This is a blockbuster realization right here. It means all the so-called “AIDS tests” are basically quackery.)

3. The HIV theory of AIDS, that is, that HIV causes acquired immune deficiency (destruction of T4 lymphocytes=AID) or that AID leads to the development of the clinical syndrome AIDS.

4. That the “HIV genome” (RNA or DNA) originates in a unique, exogenously acquired infectious retroviral particle.

5. That HIV/AIDS is infectious, either by blood, blood products or sexual intercourse.

6. That mother-to-child transmission of a retrovirus HIV or its inhibition with AZT or nevirapine.

The group also believes that AZT (Big Pharma’s key AIDS drug) cannot kill “HIV” and is so toxic that, in fact, it may actually cause some cases of AIDS.

I’ve finally put the pieces together on this. It turns out that AIDS propagandists are just like some of the global warming scientists: They’ve already decided what’s true and they viciously attack anyone who even dares to ask an intelligent question about the validity of their so-called science.

We saw this with the leaked emails of the global warming scientists: They were clearly conspiring to manipulate the data to support the outcome they had pre-decided to be “scientific”. And yet that entire approach isn’t scientific at all. It’s dogmatic.

Many conventional AIDS scientists are just as dogmatic. It doesn’t even matter whether they’re right or wrong — their unwillingness to even tolerate sensible questions obliterates any credibility they might have previously had. A credible scientist, you see, is happy to answer questions or even critics. Credible scientific study stands up to scrutiny. It can withstand scientific challenges and weather the storm.

But none of the conventional AIDS theories are allowed to be questioned at all. And why not? Because if an intelligent, evidence-based inquiry into conventional AIDS propaganda were to ever be conducted, the whole fraudulent system would collapse like, well, a house of cards. (Hence the name “House of Numbers” for the documentary.)

But that can’t be allowed to take place. Much like we see with vaccines and cancer, too much money is riding on conventional AIDS mythology, and it’s too late to change their story.

So the myths about AIDS continue: That a simple blood test can tell you whether you have AIDS, that AIDS is caused by HIV, that HIV is transmitted through blood, that AIDS has no cure, and so on. These are all AIDS myths because they exist in the realm of conventional AIDS dogma that is utterly unwilling to field any questions or stand up to any scientific challenges whatsoever. The mere mention of any intent to question conventional AIDS mythology brands you as an “AIDS denier” — a vicious, derogatory term thrown about like a linguistic hand grenade in an attempt to instantly halt any intelligent conversation about HIV and AIDS.

You either agree with the conventional AIDS propagandists, or you’re a nut, it seems. There is no room for questioning anything. There’s no tolerance for those who might think for themselves instead of just swallowing the conventional theories as if they were scientific fact.

But then again, we shouldn’t expect anything more than that from conventional medicine, should we? This is an industry steeped in scientific fraud and routine quackery. It is a field of pseudo science that has become extremely proficient at rigging the data in order to fit whatever predetermined outcomes it wishes to support.

The AIDS industry is an outgrowth of this scientific quackery. Fictions about AIDS have given rise to an entire for-profit industry that depends on the continuation of the mythology to keep its cash registers ringing. That’s why the attacks against Brent Leung are so vicious: He’s the guy who has dared to stand up and say, “The AIDS emperor wears no clothes!”

For daring to point that out, Leung is branded an “AIDS Denier.” It’s the equivalent of calling him an “Emperor’s wardrobe denier” while pretending the emperor is wearing magnificent flowing robes sewn with golden thread.

It all just makes me wonder: What’s the point of having a scientific method if the scientists aren’t going to follow it?

Watch the footage yourself here:
http://www.youtube.com/watch?v=SL1y…

Check out this other exclusive footage from House of Numbers:
http://www.youtube.com/watch?v=WQoN…