You better release those figures quietly!

Prepare yourself for the worst.

Taxpayers are facing a £2 trillion unfunded pensions liability, equivalent to more than £80,000 for every household in Britain, according to figures quietly released by the Government yesterday. 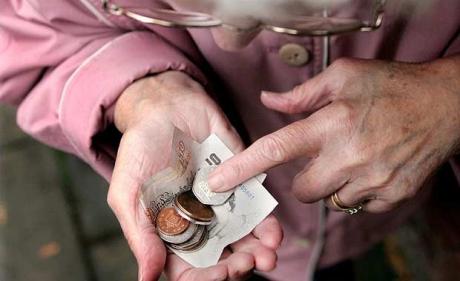 The National Institute of Economic and Social Research has said that in order to fight the rising pesnion deficit, the Government ought to raise the retirement age for both men and women to 70 Photo: Ian Jones

In a document released on its website only a few hours before the Chancellor’s pre-Budget report (PBR) statement, the Office for National Statistics (ONS) laid out the definitive cost taxpayers will have to bear for both the state old age pension and public sector pensions.

The entire bill of around £2.2 trillion would more than triple the size of the national debt overnight. It is entirely unfunded, so will have to be paid directly by future generations of taxpayers, rather than out of a pot contributed to by the pensioners themselves.

The revelations, contained in the ONS’s Pensions Trends document, underline the scale of the long-term fiscal crisis facing this and future governments – even before the added costs of the economic and financial crisis are taken into account.

The Treasury itself has never published its own comprehensive calculation of the size of Britain’s unfunded pensions liabilities.

A range of institutions, including the International Monetary Fund, the Organisation for Economic Co-operation and Development and ratings agencies such as Standard and Poor’s, have warned Britain that unless it takes drastic action over a long period of time, these pensions costs could trigger fiscal crises in the future.

The National Institute of Economic and Social Research has said that in order to fight the rising deficit and combat the added costs of the financial crisis, the Government ought to raise the retirement age for both men and women to 70, or increase the basic rate of income tax by as much as 15p.

A recent study from the Institute for Fiscal Studies showed that the final salary schemes offered to public sector employees are even more generous than those given to private sector workers with equivalent pension schemes.

The inmates have taken over the asylum:

– Police arresting innocents in order to get their DNA for Big Brother database: Senior Government advisers

– UK government to introduce the most radical copyright proposal ever, declares war on principles of free speech, privacy, freedom of assembly, the presumption of innocence, and competition

– North Sea oil collapse is dragging UK economy down with it

– The government spent £4,350 per family to bailout Britain’s banksters

– Council bans British parents from public playgrounds, because they have not undergone criminal record checks

– UK: Cash-strapped sell their kidneys to pay off debts