From the article:
“By acting in this way, the EU has crossed a subtle line. It is no longer legitimate.”

If you have a spare evening, read the Magna Carta. It is a restraining document. What leaps out from the pages of Langton’s text is the intent to protect subjects from overweening authority (in this case, Norman-French despotism), by restoring ancient freedoms. 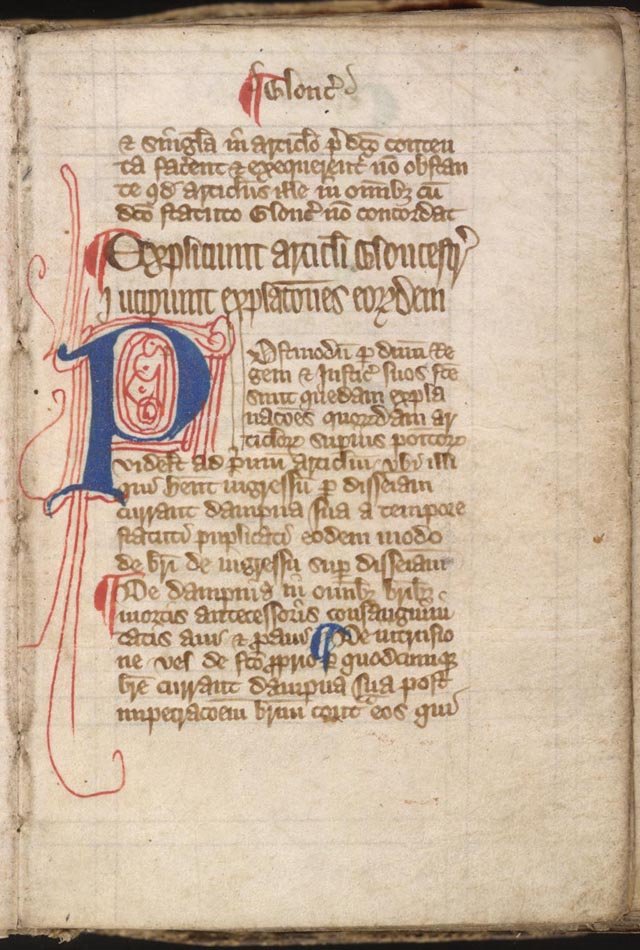 I have a copy dated MDCCLXVI (1766) left to me by my father, and to him by his father. The customary law is Saxon, Celtic, even Visigoth.

“All men in our Kingdom have and hold the aforesaid liberties and rights, well and in peace, freely and quietly, fully and wholly, for ever.”

“No free man shall be taken or imprisoned, or outlawed, or exiled, or in any way destroyed, unless by lawful judgment of his peers.”

“No constable or bailiff shall take another man’s corn or chattels without immediate payment, nor take any horses or any man’s timber for castles.”

“Any one may leave the Kingdom and return at will, unless in time of war, when he may be restrained for some short space for the common good”.

Here is a nice one, as the Square Mile falls under the control EU authorities with “binding powers”.

“The City of London shall have all its ancient liberties and free customs.” Merchants should be free from “evil tolls”.

The founding texts of the English Constitution – charter, petition, bill of rights – have one theme in common: they create nothing. They assert old freedoms; they restore lost harmony. In this they guided America’s Revolution, itself a codification of early colonial liberties.

Europe’s Constitution – the Lisbon Treaty, as we know it – began as a sort of Magna Carta. EU leaders agreed at Laeken in 2001 that the Project needed restraining after Danes and Swedes rejected EMU, the Irish rejected Nice, and youth torched Gothenburg in anti-EU riots.

People do not want Europe inveigling its way into “every nook and cranny of life”, they said. Needless to say, insiders hijacked the process. A Hegelian monstrosity emerged. The text says much about the heightened powers of EU bodies, but scarcely a word to restrain EU bailiffs and constables.

The Charter of Fundamental Rights – legally binding in the UK as of Tuesday, when Lisbon came into force – asserts that the EU has the authority to circumscribe all rights and freedoms.

The text was modified after I threw a tantrum in the Daily Telegraph during the drafting process, comparing it to the “general interest” clause used by Fascist regimes to crush dissent in the 1930s.

Article 52 now reads: “Subject to the principle of proportionality, limitations may be made only if they are necessary and genuinely meet objectives of general interest recognised by the Union.”

Don’t be misled by this inverted wording. What it states is that the EU may indeed limit rights in the “general interest”. In other words, our Magna Carta has been superceeded.

It is the European Court (ECJ) that decides what is “proportional” or “necessary”, and it cannot be trusted. The ECJ behaves like the Star Chamber of Charles I, as I learned following three cases where it rubber-stamped the abuse of state power against whistleblowers Bernard Connolly and Marta Andreasen, and German journalist Hans-Martin Tillack.

Mr Tillack was arrested by Belgian police and held incommunicado for ten hours. Incommunicado on the basis of a fabricated allegation by two EU officials. Police went through his notes and computers, identifying his network of informants inside the EU apparatus.

Mr Tillack took the case to the ECJ. It ruled in favour of the system. It always does.

This is our new Supreme Court under Lisbon, its jurisdiction vastly expanded from narrow commercial law (Pillar I) to the breadth of Union law (Pillars I, II, and III).

As my colleague Daniel Hannan writes, Lisbon gives the EU “legal personality” to enter treaties as a state, and contains an escalator clause that lets it aggregate further power without need for ratification by national parliaments – it draws charisma (papal usage) from itself.

French and Dutch voters rejected this leap from a treaty organisation to a unitary state when given a chance in 2005. The revamped version was slipped through by parliaments – except in Ireland, where voters said No, until coerced by events into acquiescence. In Britain, Labour did this knowing with absolute certainty that citizens would have voted No. You can conjure a Burkean argument to justify the denial of a referendum, but that is to traduce Burke.

“Yes’ votes are always pocketed in perpetuity: `No’ votes are good only until the weather changes. Those who feign not to see the asymmetry of this are being cynical.

By acting in this way, the EU has crossed a subtle line. It is no longer legitimate.

So what can a dissenting citizen do? Do we retreat into realpolitik, betting that the EU Project can go only so far before it provokes into an even bigger backlash from Europe’s tribes, and will in any case spend much of the next decade dealing with bitter fall-out from a currency that pits North against South?

Or do we let out a primordial scream, and agitate for total withdrawal from the EU – knowing that our backs are pressed against the wall, that this Government has spent us to the brink of a debt-compound spiral? Morgan Stanley has warned of a Gilts crisis next year. So have others. This is a perilous for time for heroics.