More than 20 percent of the nation’s water treatment systems have violated key provisions of the Safe Drinking Water Act over the last five years, according to a New York Times analysis of federal data. 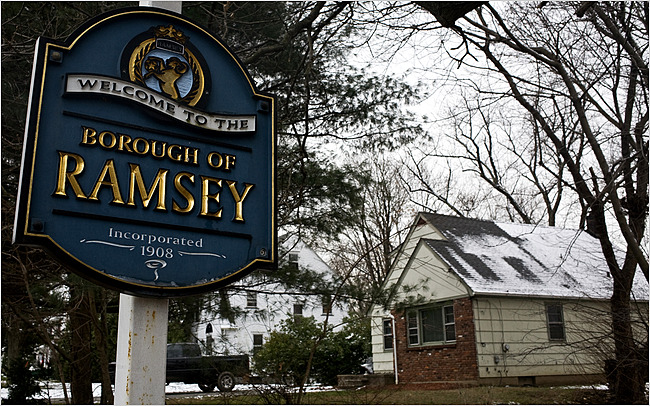 The water system in Ramsey, N.J., has illegal concentrations of arsenic and the solvent tetrachloroethylene, both linked to cancer.

That law requires communities to deliver safe tap water to local residents. But since 2004, the water provided to more than 49 million people has contained illegal concentrations of chemicals like arsenic or radioactive substances like uranium, as well as dangerous bacteria often found in sewage.

Regulators were informed of each of those violations as they occurred. But regulatory records show that fewer than 6 percent of the water systems that broke the law were ever fined or punished by state or federal officials, including those at the Environmental Protection Agency, which has ultimate responsibility for enforcing standards.

Studies indicate that drinking water contaminants are linked to millions of instances of illness within the United States each year.

In some instances, drinking water violations were one-time events, and probably posed little risk. But for hundreds of other systems, illegal contamination persisted for years, records show.

On Tuesday, the Senate Environment and Public Works committee will question a high-ranking E.P.A. official about the agency’s enforcement of drinking-water safety laws. The E.P.A. is expected to announce a new policy for how it polices the nation’s 54,700 water systems.

“This administration has made it clear that clean water is a top priority,” said an E.P.A. spokeswoman, Adora Andy, in response to questions regarding the agency’s drinking water enforcement. The E.P.A. administrator, Lisa P. Jackson, this year announced a wide-ranging overhaul of enforcement of the Clean Water Act, which regulates pollution into waterways.

“The previous eight years provide a perfect example of what happens when political leadership fails to act to protect our health and the environment,” Ms. Andy added.

Water pollution has become a growing concern for some lawmakers as government oversight of polluters has waned. Senator Barbara Boxer, Democrat of California, in 2007 asked the E.P.A. for data on Americans’ exposure to some contaminants in drinking water.

The New York Times has compiled and analyzed millions of records from water systems and regulators around the nation, as part of a series of articles about worsening pollution in American waters, and regulators’ response.

An analysis of E.P.A. data shows that Safe Drinking Water Act violations have occurred in parts of every state. In the prosperous town of Ramsey, N.J., for instance, drinking water tests since 2004 have detected illegal concentrations of arsenic, a carcinogen, and the dry cleaning solvent tetrachloroethylene, which has also been linked to cancer.

In New York state, 205 water systems have broken the law by delivering tap water that contained illegal amounts of bacteria since 2004.

However, almost none of those systems were ever punished. Ramsey was not fined for its water violations, for example, though a Ramsey official said that filtration systems have been installed since then. In New York, only three water systems were penalized for bacteria violations, according to federal data.

The problem, say current and former government officials, is that enforcing the Safe Drinking Water Act has not been a federal priority.

“There is significant reluctance within the E.P.A. and Justice Department to bring actions against municipalities, because there’s a view that they are often cash-strapped, and fines would ultimately be paid by local taxpayers,” said David Uhlmann, who headed the environmental crimes division at the Justice Department until 2007.

“But some systems won’t come into compliance unless they are forced to,” added Mr. Uhlmann, who now teaches at the University of Michigan law school. “And sometimes a court order is the only way to get local governments to spend what is needed.”

A half-dozen current and former E.P.A. officials said in interviews that they tried to prod the agency to enforce the drinking-water law, but found little support.

“I proposed drinking water cases, but they got shut down so fast that I’ve pretty much stopped even looking at the violations,” said one longtime E.P.A. enforcement official who, like others, requested anonymity for fear of reprisals. “The top people want big headlines and million-dollar settlements. That’s not drinking-water cases.”

The majority of drinking water violations since 2004 have occurred at water systems serving fewer than 20,000 residents, where resources and managerial expertise are often in short supply.

It is unclear precisely how many American illnesses are linked to contaminated drinking water. Many of the most dangerous contaminants regulated by the Safe Drinking Water Act have been tied to diseases like cancer that can take years to develop.

But scientific research indicates that as many as 19 million Americans may become ill each year due to just the parasites, viruses and bacteria in drinking water. Certain types of cancer — such as breast and prostate cancer — have risen over the past 30 years, and research indicates they are likely tied to pollutants like those found in drinking water.

The violations counted by the Times analysis include only situations where residents were exposed to dangerous contaminants, and exclude violations that involved paperwork or other minor problems.

In response to inquiries submitted by Senator Boxer, the E.P.A. has reported that more than three million Americans have been exposed since 2005 to drinking water with illegal concentrations of arsenic and radioactive elements, both of which have been linked to cancer at small doses.

In some areas, the amount of radium detected in drinking water was 2,000 percent higher than the legal limit, according to E.P.A. data.

But federal regulators fined or punished fewer than 8 percent of water systems that violated the arsenic and radioactive standards. The E.P.A., in a statement, said that in a majority of situations, state regulators used informal methods — like providing technical assistance — to help systems that had violated the rules.

But many systems remained out of compliance, even after aid was offered, according to E.P.A. data. And for over a quarter of systems that violated the arsenic or radioactivity standards, there is no record that they were ever contacted by a regulator, even after they sent in paperwork revealing their violations.

Those figures are particularly worrisome, say researchers, because the Safe Drinking Water Act’s limits on arsenic are so weak to begin with. A system could deliver tap water that puts residents at a 1-in-600 risk of developing bladder cancer from arsenic, and still comply with the law.

Despite the expected announcement of reforms, some mid-level E.P.A. regulators say they are skeptical that any change will occur.

“The same people who told us to ignore Safe Drinking Water Act violations are still running the divisions,” said one mid-level E.P.A. official. “There’s no accountability, and so nothing’s going to change.”

– CNN: The Worst Environmental Disaster in US History

– US: Raw sewage is continuously released into rivers, streams

– EPA might not act to limit rocket fuel in drinking water