Clashes have broken out in the Greek capital Athens during a march to commemorate the first anniversary of the police shooting of a teenager, whose death sparked massive riots. 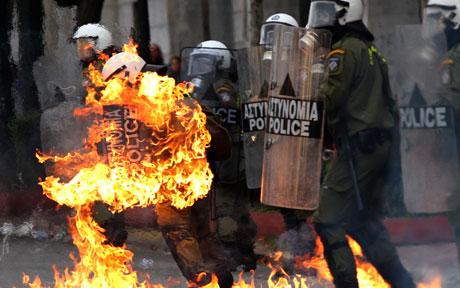 A policeman on fire in Athens during rioting Photo: getty 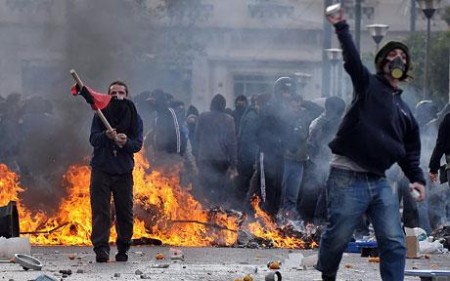 About 3,000 mostly students, anarchists and leftists marched to parliament on Sunday and more protests were expected on Monday. An evening memorial service was planned in the Exarchia district, where the teenager was shot dead.

Athens University rector Christos Kittas was rushed to hospital with an irregular heartbeat and head injuries after protesters broke into the university’s central Athens offices to occupy them, police and media said.

A 55-year-old woman was also injured on central Syntagma Square after being struck by police. Four police officers were also hurt as hand-to-hand combat erupted with small groups of protesters around the square, a police source said.

Concern was heightened by reports that far-left groups and anarchists from other European countries have traveled to Greece to join the protests.

Violence also broke out in Thessaloniki, Greece’s second-largest city, where youths threw petrol bombs at police and smashed the storefront of a Starbucks cafe.

Over 6,000 police were on duty in Athens alone. Another 3,000 were mobilised in Thessaloniki, local police said.

Grigoropoulos was shot dead by a police officer who claimed he fired into the air whilst under attack from youths. The killing of the teen led to violent rampages that went on for weeks. 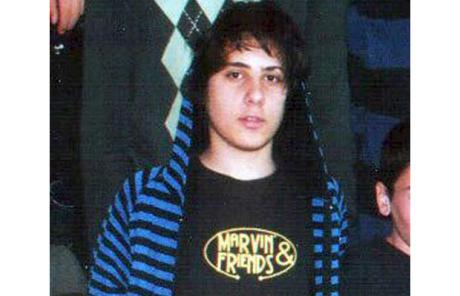 Andreas Alexis Grigoropoulos, the 15-year-old boy who was killed on 6 December 2008 by a Greek police officer, sparking riots Photo: EPA