When HSBC closes its vaults to hundreds of American gold bugs (investors) next July, it will be shutting the door on one of the fastest growing trends in the investment community. 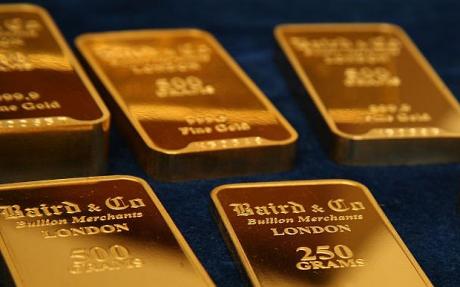 Although the British-based bank has decided to stop retail investors depositing the shiny stuff at its New York vaults in favour of storing gold for higher paying institutional customers, it has not stopped the rest of the world from clamouring to join the gold rush.

From the Indian central bank – rumoured to be buying another 200 tonnes from the International Monetary Fund – to hedge fund manager John Paulson – in the process of setting up a new gold only fund – everyone is buying gold. Even Harrods is getting in on the act by selling gold bars. Changed days from the end of the last decade when the UK joined other parts of the world in ending the “gold standard”.

In spite of HSBC’s actions, one of the fastest growing areas of gold investment is ordinary investors buying actual bars of gold. Data from the World Gold Council shows that the number of retail investors buying gold in its physical form – as opposed to investing in gold futures contracts or gold miners – rose by 11pc in the three months to September, compared to the previous three months.

In monetary terms this was equivalent to $7bn (£4.25bn), some $5.7bn of which went on physical gold, in the form of bars and official coins, while the remaining $1.3bn was spent on exchange traded funds (ETFs), which invest in real gold and not futures or contracts.

Although only a recent trend in the UK, retail investors’ demand for the shimmering metal has become big business in the US, with a host of companies devoted to convincing would-be gold bugs to part with their money in return for a real piece of the action.

One reason for this is the US Mint’s sophisticated coin issuance programme, which produces a number of special coins purely for this purpose. The most popular of these is the American Eagle Gold Bullion Coin – the only bullion coin whose weight, content and purity is guaranteed by the US Treasury.

The Eagle comes in four different weights, and four different face values. And although the one-ounce coin may have a face value of $50, it is worth its weight in gold, quite literally, recently trading on the website of Goldline International, one of many internet retailers, for $1,216.94. The fact that the market for the US’s coins is among the most liquid in the world does not hurt either.

In fact, so strong has buying been that the US Mint this week suspended sales of its American Eagle one ounce coins until early December, as demand has outstripped supply. The weight of gold coins sold by the US Mint far this year has exceeded the one million ounce mark, up 40pc year-on-year, at levels not seen since 1999.

Such consumption has in part been fuelled by the recent surge in the price of gold, and the relative weakness of the dollar. Gold continues to hit new highs, touching $1,187 an ounce last week, having already risen 33pc year-to-date in dollar terms. But in reality, after stripping out inflation, current prices are only about half gold’s earlier highs.

That said, there is evidence that the momentum is continuing, with Gluskin Sheff’s chief economist David Rosenberg pointing out that there are now “very deep pockets” underpinning demand for gold.

The increasingly attractive metal is also on the up because it makes investors feel safe – in two ways. First, after two years of sharp share price falls and dollar weakness, gold appears to some to offer a safe haven.

Mr Rosenberg points to market suggestions that Russia’s central bank wants to add another 30 tonnes of gold to its cache by year-end, on top of the 15.5 tonnes it purchased in October.

Such buying, by central banks, which largely abandoned the gold standard in the late 1990s and drove its price down to $250 an ounce in 1999, is a key driver. China and Sri Lanka are among the other Asian nations that have recently raised the amount of their total reserves they hold as gold.

Second, after a financial crisis which has seen many lose their shirts, investors are drawn to gold because they can actually see and touch it.

According to Bob Higgins, chief executive of First State Depository, a precious metals vault in Wilmington, Delaware, the number of first-time buyers wanting to store gold at his facility so far this year has been “off the charts”.

“We’ve reached a point in the economy, where people who have talked about putting there money into gold nearly every day of their lives have finally begun to invest in it.”

Higgins prides himself on his one-on-one service, and notes that a number of new customers have travelled to Delaware to look at the depository vaults, to make sure not only that they exist but that there is gold locked inside.

The vaults – the exact location of which cannot be disclosed for security reasons – are insured for up to $400m, and covered by a sophisticated security system designed with the help of insurer Lloyd’s of London and watched over by 36 cameras.

Although a number of his customers are individuals – he is hoping to benefit from HSBC’s New York vault closure decision – Higgins is also developing a growing business with the corporate middle-men who help private investors buy and store their gold. Ireland’s GoldCore – a wealth manager which specialises in precious metal investing – notes on its websites that some of its clients have begun to use Higgins’ US facility, for example.

For a retired builder from just outside Chicago who stores his $50,000 or so of gold bars at a rival depository, it’s all about the safety. “I can touch it, I can see it, lord, I can even smell it if I want to. You just don’t get that sense of security gambling with shares,” says John, who prefers not to disclose his surname.

Now living off his savings, and with no real pension to speak of, those bars are part of his lifeline: “I don’t want to get caught out like so many did. I can’t afford to. I just want to know what’s mine is mine.”