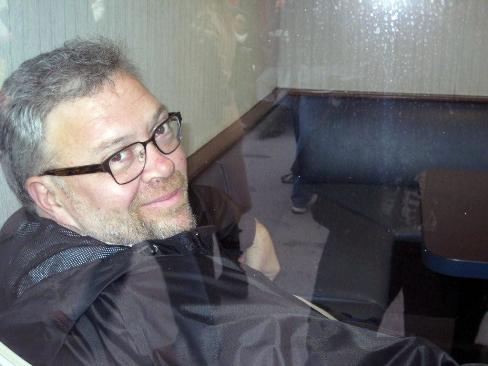 Nov. 28 (Bloomberg) — Mark Pittman, the award-winning investigative reporter whose fight to open the Federal Reserve to more scrutiny led Bloomberg News to sue the central bank and win, died Nov. 25 in Yonkers, New York. He was 52.

Pittman suffered from heart-related illnesses. The precise cause of his death wasn’t known, said his friend William Karesh, vice president of the Global Health Program at the Bronx, New York-based Wildlife Conservation Society.

A former police-beat reporter who joined Bloomberg News in 1997, Pittman wrote stories in 2007 predicting the collapse of the banking system. That year, he won the Gerald Loeb Award from the UCLA Anderson School of Management, the highest accolade in financial journalism, for “Wall Street’s Faustian Bargain,” a series of articles on the breakdown of the U.S. mortgage industry.

“He was one of the great financial journalists of our time,” said Joseph Stiglitz, a professor at Columbia University in New York and the winner of the 2001 Nobel Prize for economics. “His death is shocking.”

Pittman’s fight to make the Fed more accountable resulted in an Aug. 24 victory in Manhattan Federal Court affirming the public’s right to know about the central bank’s more than $2 trillion in loans to financial firms. He drew the attention of filmmakers Andrew and Leslie Cockburn, who gave him a prominent role in their documentary about subprime mortgages, “American Casino,” which was shown at New York City’s Tribeca Film Festival in May.

“Who sues the Fed? One reporter on the planet,” said Emma Moody, a Wall Street Journal editor who worked with Pittman at Bloomberg. “The more complex the issue, the more he wanted to dig into it. Years ago, he forced us to learn what a credit- default swap was. He dragged us kicking and screaming.”

James Mark Pittman was born Oct. 25, 1957, in Kansas City, Kansas, where he played linebacker on the high school football team. He took engineering classes at the University of Kansas in Lawrence before graduating with a degree in journalism in 1981. He was married soon after and had a daughter, Maggie, in 1983. The marriage ended in divorce.

Pittman’s first reporting job, covering the police department for the Coffeyville Journal in southern Kansas, paid so little he took a part-time job as a ranch hand across the Oklahoma border in Lenapah, according to an interview he gave to Ryan Chittum for the Columbia Journalism Review’s The Audit, a watchdog for the business press.

“What a funny guy — huge personality,” Chittum said in an e-mail message. “Mark was my favorite reporter working. In a time when too much journalism is timid or co-opted, Mark personified the whole ‘afflict the comfortable’ tenet of the business. Mark’s passing is a huge loss for journalism at a time when we can least afford it.”

Pittman spent a year in Rochester, New York, with the Democrat & Chronicle newspaper and 12 years at the Times Herald- Record in Middletown, New York, where he met his second wife, Laura Fahrenthold-Pittman in 1995.

“All I know is we fell in love the moment we met,” Fahrenthold-Pittman said in an interview yesterday. “We moved in together a week later. He was as serious about his family life as he was about work. Mark did nothing in a small way.”

Pittman joined Bloomberg News in 1997. In 2007, he was writing about the securitization of home loans when subprime borrowers, who have bad or limited credit histories, began missing payments on their mortgages at a faster pace.

His June 29, 2007, article, headlined “S&P, Moody’s Hide Rising Risk on $200 Billion of Mortgage Bonds,” was excoriated at the time by Portfolio.com for “trying to play ‘gotcha’ with the ratings agencies.”

“And that really isn’t helpful,” said the unsigned posting.

Pittman’s story proved prescient. So did his reports on U.S. banks exporting toxic mortgages overseas, on Treasury Secretary Henry M. Paulson’s role in creating those troubled assets while he was chief executive officer of Goldman Sachs Group Inc. and on the U.S. bailout of American International Group Inc.

“He’s been on this crisis since before the crisis,” said Gretchen Morgenson, the Pulitzer Prize-winning financial columnist for the New York Times. “He was the best at burrowing into the most complex securities Wall Street could come up with and explaining the implications of them to readers of all levels of sophistication. His investigative work during the crisis set the standard for other reporters everywhere. He was a giant.”

In the “Faustian Bargain” series, Pittman explained how 5 percent of U.S. mortgage borrowers missing monthly payments could lead to a freeze in lending throughout the world.

“Mark Pittman proved to be the most fearless, most trusted reporter on the most important beat during the 12 years he wrote about credit markets, corporate finance and the Federal Reserve at Bloomberg News,” said Bloomberg Editor-in-Chief Matthew Winkler. “His colleagues will miss his laughter and generous sense of mission. Bloomberg readers were rewarded by his many achievements culminating with a federal court ruling validating his search for records of taxpayer-financed policies withheld from the public and the Gerald Loeb Award.”

Public policy would be more effective if reporters, lawmakers and citizens understood how the financial system worked and why the crisis happened, Pittman said in the Feb. 27, 2009, interview with Chittum.

“Hopefully, we will be able to inform the people enough to know how badly we’re getting screwed,” he said with a laugh. “We need to know how to prevent it from happening again, and we need to know who did it.”

Standing 6 feet 4 inches (1.93 meters) with a booming laugh, a loud telephone voice and a taste for bourbon, Pittman made lifelong friends on Wall Street, in Congress, in journalism circles and in the artistic community after he and his wife opened an art gallery in Yonkers in 2005.

“I always learned something new when I spoke with Mark,” said Representative Scott Garrett, a New Jersey Republican on the House Financial Services Committee. “He was dogged in pursuit of the truth. This is a great loss for journalism and for those who relied on Mark for his insight.”

In “American Casino,” the title of which comes from an expression Pittman uses in the documentary, the filmmakers profile subprime borrowers who are losing their homes, mortgage brokers who made loans they knew their customers could never repay and bankers and ratings analysts whose companies profited from the housing boom.

Pittman provides an anchor for the narrative, at one point searching the Bloomberg terminal and finding the mortgage of a Baltimore teacher going through foreclosure inside a security underwritten by Goldman Sachs.

“He was a wonderful friend, a seeker of truth, a fighter for right, a proud family man, a big and jovial hand, a lover of food, drink and celebration of life,” said Joshua Rosner, managing director of Graham Fisher & Co., a consulting and analysis firm in New York. “This is a personal loss, a professional loss and a societal loss. He is truly irreplaceable.”

Along with his wife and daughter Maggie, Pittman is survived by daughters Nell, 10, and Susannah, 8, from his second marriage; his father Warren Pittman; mother Donna Pittman- Nealey; and brothers Barry Pittman and Craig Pittman.

“He was so large — in spirit and in person — and his passion for his craft was so great, it is impossible to think that it could just end,” said Jeffrey Taylor, Pittman’s editor on the “Faustian Bargain” series.

Bloomberg’s lawsuit against the Fed, which was filed after Pittman’s requests under the U.S. Freedom of Information Act were denied, continues without him. The central bank won a delay pending an appeal, which is scheduled for the week of Jan. 4.

At the time of his death, Pittman’s outgoing messages offered a link to a black-and-white photo of Woody Guthrie. Written on Guthrie’s guitar: “This machine kills fascists.”

To contact the reporter on this story: Bob Ivry in New York at bivry@bloomberg.net.