Microsoft has been banned from selling multiple versions of its flagship Windows operating system in China after breaching a local licensing agreement. 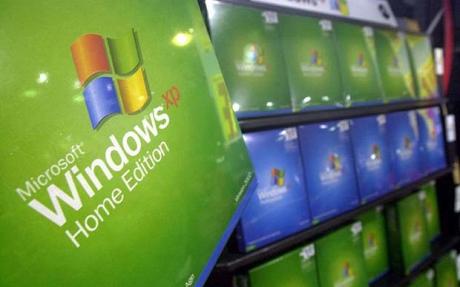 Hard line: software group Microsoft has been banned from selling some of its products, such as Windows XP, by the Chinese authorities Photo: PA

The US software giant must not sell versions of Windows XP, 2003, 2000 or 98 software in the Asian super-economy after a Beijing court ruled the products include Chinese fonts designed by a local company.

The court said Microsoft had violated its licensing agreement with Zhongyi Electronic, which designs character fonts.

Zhongyi said that the agreement it signed with Microsoft allowed it to use the special fonts only in Windows 95, but that the software giant had continued to do so in subsequent versions. “By winning this case against an internationally well-known company like Microsoft, it shows that China, although still a developing country, is taking positive steps to protect intellectual property rights,” said Ling Xin Yu, Zhongyi’s lawyer.

The ruling is somewhat ironic, given the amount of piracy Microsoft and other manufacturers of operating and other technological systems face in the Chinese market.

In August, four people were jailed in China for selling a bootleg version of Windows XP, in what the state-operated Xinhua news agency called the country’s biggest software piracy case to date.

Last month Microsoft also faced the prospect of seeing bootleg copies of Windows 7 flooding the Chinese market, even before the new system went on sale.

Although Microsoft is trying to expand its market share in China, its sales in the country remain a very small part of its overall business.