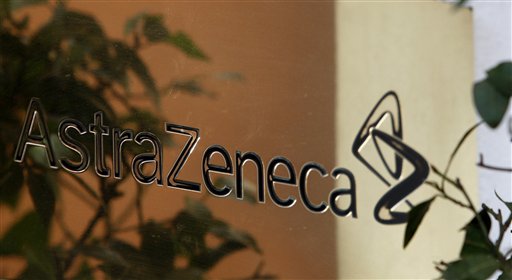 FILE — In a Jan. 29, 2009 file photo reflections are seen in the sign on the global headquarters of AstraZeneca in London. The Food and Drug Administration has allowed drugs for cancer and other diseases to stay on the market even when follow-up studies showed they didn’t extend patients’ lives, say congressional investigators. The FDA approved AstraZeneca’s lung cancer drug Iressa in 2003 based on early results showing it reduced the size of tumors. But later studies showed the drug did not significantly extend patient lives. (AP Photo/Kirsty Wigglesworth/file)

WASHINGTON — The Food and Drug Administration has allowed drugs for cancer and other diseases to stay on the market even when follow-up studies showed they didn’t extend patients’ lives, say congressional investigators.

A report due out Monday from the Government Accountability Office also shows that the FDA has never pulled a drug off the market due to a lack of required follow-up about its actual benefits — even when such information is more than a decade overdue.

When pressed about that policy, agency officials said they have no plans to get more aggressive.

The GAO says the FDA should do more to track whether drugs approved based on preliminary results actually have lived up to their promise.

The FDA responded that the report paints an overly negative picture of its so-called “accelerated approval” program, which is only used to approve drugs for the most serious diseases.

“Millions of patients with serious or life-threatening illnesses have had earlier access to new safe and effective treatments,” thanks to the program, the FDA said in its response to the report.

In 1992, the FDA began speeding up the approval of novel drugs based on so-called surrogate endpoints, or laboratory measures that suggest the drug will make real improvements in patient health. HIV drugs, for example, are cleared based on their virus-lowering power, a predictor of increased survival.

Drugmakers favor the program because it helps them get products to market sooner, without conducting long-term patient studies that can take years and cost hundreds of millions of dollars. A condition of quicker approvals is that drugmakers conduct follow-up studies to show the drug’s benefits actually panned out.

But the GAO report, a copy of which was obtained by The Associated Press, identified several drugs still on the market that never lived up to their initial promise. And in the 16 years that the FDA has used accelerated approval, it has never once pulled a drug off the market due to missing or unimpressive follow-up data.

“FDA has fallen far short of where it should be for patient safety,” said Sen. Charles Grassley, R-Iowa, who requested the investigation.

Of the 144 studies the FDA has required under the program since 1992, 64 percent have been completed and more than one-third are still pending, according to the GAO. Investigators said the FDA does not rigorously track whether companies are making progress on their required studies, although the agency is improving.

FDA officials say they have overhauled their tracking system since the GAO completed its report. And an outside analysis by contractor Booz Allen Hamilton concluded last month that most companies are meeting their study requirements on time.

But in the case of Shire Laboratories’ low blood pressure treatment ProAmatine, the required study has gone incomplete for more than 13 years. The GAO found that ProAmatine has generated more than $257 million in sales, even though “the clinical benefit of the drug has never been established.”

Shire did not respond to a request for comment Friday.

In other cases, the FDA has failed to act even when company studies show drugs did not improve patient outcomes.

The FDA approved AstraZeneca’s lung cancer drug Iressa in 2003 based on early results showing it reduced the size of tumors. But later studies showed the drug did not significantly extend patient lives.

The FDA has left the drug on the market, despite hundreds of reports of a sometimes fatal pneumonia.

FDA officials explain that access to Iressa has been restricted to a small number of patients who have shown benefit. The agency recommends all other patients try two alternative drugs.

Iressa “is not available to new patients,” AstraZeneca confirmed in a statement.

The GAO concluded that the FDA has no policy for pulling drugs off the market that were approved using surrogate endpoints. When GAO investigators confronted FDA officials about this lack of enforcement, they reportedly said it would be “difficult, if not impossible,” to draft a standard policy for withdrawals, given the unique circumstances of individual drugs.

In certain cases, FDA officials say withdrawing a drug would mean eliminating the only available treatment for a condition.

“FDA should explain the principles it uses to make decisions such as drug withdrawals,” said Principal Deputy Commissioner Dr. Joshua Sharfstein, in an interview with the AP. “But we don’t want to lock ourselves into a specific set of criteria that takes away the flexibility to do what’s right for the public health.”

Sharfstein added that the agency has a task force assigned to look at policies like drug withdrawals.

“The FDA has talked a lot about doing more enforcement, but this is an area where they’re basically defending not enforcing the law,” said Dr. Sidney Wolf, of the consumer advocacy group Public Citizen.

Wolfe said the lax policy sends a message to companies that there is no penalty for failing to complete studies.

The GAO recommends the FDA clarify when it will pull drugs off the market.

“As the scientific experts charged with overseeing the use of drugs it approves, FDA should be in a position to implement this recommendation,” the report states.