TEHRAN, Iran (CNN) — A man wearing an explosives-laden belt blew himself up during a conference between Shia and Sunni groups in southeastern Iran on Sunday, killing 20 and wounding up to 40 others, local media said.

Five senior officers of Iran’s elite Revolutionary Guard Corps were killed in the attack in Sarbaaz in the province of Sistan-Baluchestan, the semi-official Fars news agency said.

Other media outlets offered conflicting figures for the number of dead and wounded.

Among the officers killed was Nour Ali Shoushtari, the deputy head of the Corps’ ground forces, who was in the province to mediate between the two sides, Fars said.

The province, which borders Pakistan and Afghanistan, has a large Baluch minority presence, who are Sunni Muslims.

While no one immediately claimed responsibility for the attack, the predominantly Shiite central government in Tehran has accused the group Jundallah (also known as the People’s Resistance Movement of Iran) of fomenting unrest in the province.

Jundallah says that it is fighting for the rights of Sunni Muslims in the country.

The attack was one of the largest in recent years on the Revolutionary Guard.

Around the same time, a second group of Corps’ commanders was caught in an explosion when their convoy came under attack at a road intersection between the two towns of Sarbaz and Chabahar, state-run Press TV said.

The station did not say whether the second attack resulted in casualties.

The Guard was initially created to protect the leaders of the revolution. But over the years, it has broadened its scope. Today, it is directly under the control of the supreme leader and enforces the governments’ Islamic codes and morality.

With an estimated 200,000-plus members, it is tasked with overseeing the country’s crucial interests, including guarding its oil fields and missile arsenals. 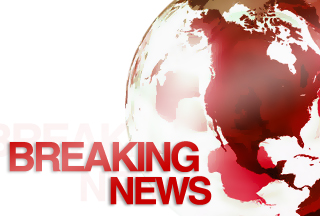 The first attack took place at a unity gathering of Shia and Sunni tribal leaders on Sunday morning, in the Pishin area, a region situated in the borderline Province of Sistan-Balouchestan.

Reports indicate that provincial IRGC commanders Brigadier Nour-Ali Shoushtari and Brigadier Rajab-Ali Mohammadzadeh were among those who lost their lives in the attack.

Several tribal leaders and recognized local figures from both the Shia and Sunni communities were killed in the attack.

There are no clear reports on the exact number of casualties as of yet but preliminary figures suggest that up to 60 people have been killed or injured in the attack.

At around the same time, another group of IRGC commanders were caught in an explosion as their convoy came under attack at a road junction in Pishin- a region situated between the two towns of Sarbaz and Chabahar.

Eyewitness said the convoy was turning at the junction when the bomb exploded.

So far, no group has accepted responsibility for the deadly attacks.