“Despite signs of broader economic recovery,…”

There is no recovery:
– US Long-Term Unemployment Is Skyrocketing
– Rising unemployment and a failing economy in the U.S
– US: 10,000 apply for 90 factory jobs at General Electric

Take a close look and weep: (Click on image to enlarge.) 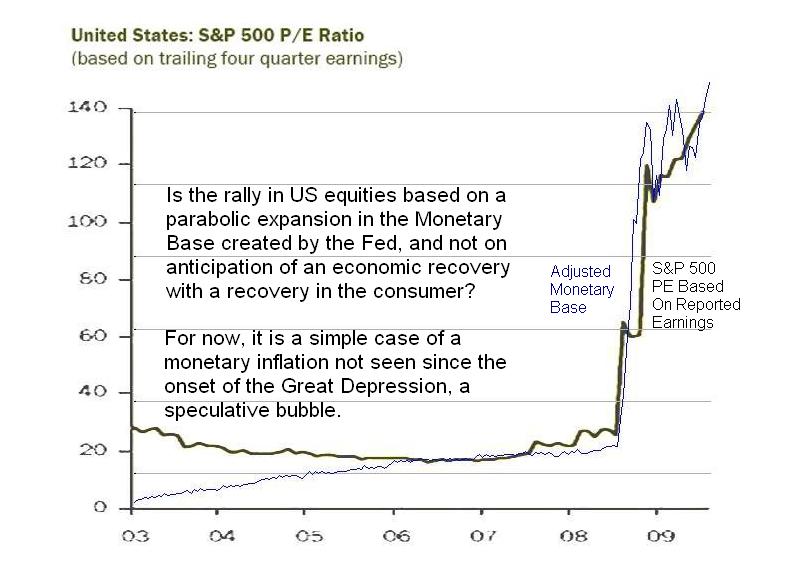 There will be an even larger crisis coming:
– Top economist: President Obama ‘missed opportunity’ to reform financial system

Despite signs of broader economic recovery, number of foreclosure filings hit a record high in the third quarter – a sign the plague is still spreading. 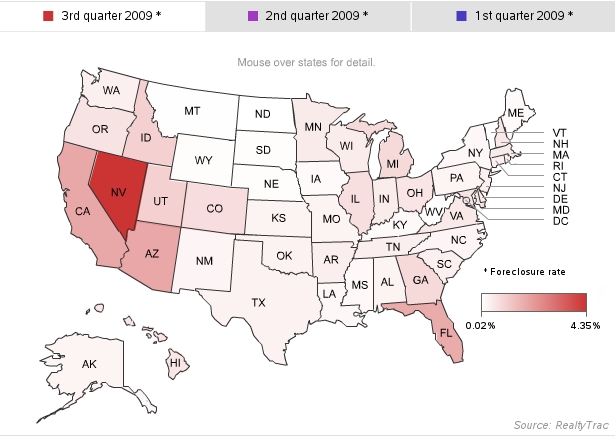 The number of homes receiving foreclosure filings is skyrocketing across the country. Here’s the rate in your state.

NEW YORK (CNNMoney.com) — Despite concerted government-led and lender-supported efforts to prevent foreclosures, the number of filings hit a record high in the third quarter, according to a report issued Thursday.

“They were the worst three months of all time,” said Rick Sharga, spokesman for RealtyTrac, an online marketer of foreclosed homes.

During that time, 937,840 homes received a foreclosure letter — whether a default notice, auction notice or bank repossession, the RealtyTrac report said. That means one in every 136 U.S. homes were in foreclosure, which is a 5% increase from the second quarter and a 23% jump over the third quarter of 2008.

Nevada continued to be the worst-hit state with one filing for every 23 households. But even tranquil Vermont, where the foreclosure crisis has barely brushed the housing market, saw foreclosure filings jump nearly 170% compared with the third quarter of 2008. Still, that resulted in just one filing for every 5,023 households in the state — the best record in the country.

The RealtyTrac report also unveiled the results for September, and it found that there was slight relief from foreclosure filings. Last month, notices totaled 343,638, down 4% compared with August. Unfortunately, that total accounts for 87,821 homes that were repossessed by lenders.

That deluge contributed significantly to the quarter’s record 237,052 repossessions, a 21% jump from the previous three months. So far this year lenders have taken back 623,852 homes.

“REO activity increased from the previous quarter in all but two states and the District of Columbia, indicating that lenders may be starting to work through some of the pent-up foreclosure inventory caused by legislative delays, loan-modification efforts and high volumes of distressed properties,” James Saccacio, RealtyTrac’s CEO, said in a statement.

Most disturbing is that all foreclosures — not just repossessions — are rampant despite efforts to corral them. Not only has the Obama administration’s Making Home Affordable foreclosure prevention program taken a bite out of REOs but lenders themselves have scaled back repossessions over the past few months to give the program time to work.

And in some low-price markets, lenders simply aren’t following through on foreclosures, according to Jim Rokakis, treasurer for Cuyahoga County, Ohio, which includes Cleveland.

“They’ll even set the date for the sheriff’s sale, but they don’t file the final papers,” he said. “They hold it in abeyance and let the residents stay in the house.”

In ever more frequent cases, delinquent borrowers want out of the mortgage worse than the lenders. There are no firm statistics for it, but many industry watchers claim the percentage of REOs caused by borrowers voluntarily walking away from their homes is skyrocketing.

A study of the trend by the Chicago Booth School of Business and the Kellogg School of Management determined that when home price declines drop home values 10% below the mortgage balances, people start to give up their homes. When “negative equity” approaches 50%, 17% of households default, even when they can still afford their mortgage payments.
No end in sight

The foreclosure crisis may not diminish anytime soon. “The fastest growing area is in the 180 days late-plus category, the most seriously delinquent borrowers,” Sharga said. “It’s going to be a lingering problem.”

Plus, the RealtyTrac statistics may understate the depth of the foreclosure mess because lender and government actions have delayed many filings. As a result, some delinquencies have not been counted on the foreclosure tallies. That means the crisis may not end quickly.

And because there are so many delinquent borrowers, Sharga predicts the banks will be slow to take back their properties and put the repossessed homes back on the market.

“It’s hard to envision [the banks] putting millions on properties up for sale and cratering prices,” he said. “Recovery will be slow and gradual. I don’t see home prices getting much better until 2013.” To top of page

1 thought on “US foreclosures: ‘Worst three months of all time’”