The Philippines is intervening to prop up the US dollar. That is a good one. 🙂

The Philippines should have bought gold and silver, instead of very expensive toilet paper. 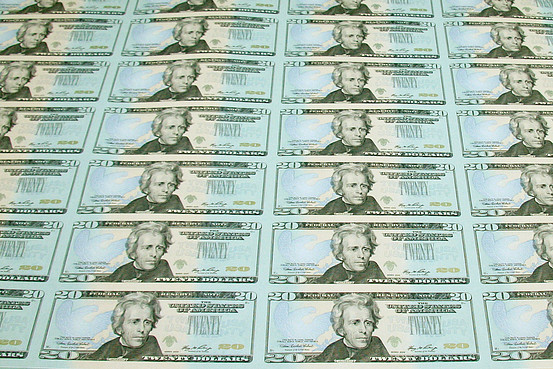 SINGAPORE — The U.S. dollar continued to tumble against most Asian currencies Thursday, prompting a wave of foreign-exchange intervention by central banks in South Korea, Taiwan, the Philippines and Thailand seeking to limit damage to their export industries.

Traders said the dollar selloff is unlikely to fade soon, given the prospect for a long period of low U.S. interest rates to support a sluggish U.S. economy and increasing signs central banks in Asia will begin tightening monetary policies in the months ahead.

Surprisingly strong employment data in Australia bolstered speculation the Reserve Bank of Australia — which Tuesday became the first among Group of 20 central banks to raise rates — will deliver another increase before the end of the year. The news pushed the Australia dollar up sharply, and intensified buying of Asian currencies against the U.S. dollar.

The U.S. dollar’s downside against Asian currencies is “being slowed by intervention, but consolidation or rallies are opportunities to establish or add to shorts,” he said.

It was the latest effort by Asian monetary authorities in recent weeks to temper rallies in their currencies, which have been driven higher by investors fleeing the U.S. dollar and placing bets that Asia will lead the global economic recovery. While stronger Asian currencies could help to contain inflation as the region’s economy gathers steam, exports could suffer, leaving countries vulnerable when fiscal stimulus measures are eventually withdrawn.

The Bank of Thailand confirmed it intervened, saying the baht’s strength since early this month isn’t justified by fundamentals.

“The baht has appreciated a little too rapidly compared with our fundamentals. … The central bank has tried to take care of the baht so that it doesn’t get too strong,” Assistant Governor Suchada Kirakul told reporters.

In the other countries, the central banks didn’t make public statements.

Traders in Seoul said they suspected the Bank of Korea, which has intervened heavily in recent weeks to curb won strength, bought up to US$1 billion at around 1,167 won. The U.S. currency last traded at 1,166 won, down from 1,170.50 won at the end of domestic trading Wednesday.

Bank Indonesia was suspected of buying up to $350 million around 9,370-9,380 rupiah via state banks to slow the rupiah’s rise, according to traders in Jakarta. “They weren’t buying yesterday but today they’re not comfortable with the quick appreciation in the rupiah, and they’re buying massively,” said a senior dealer. Following the intervention, the dollar came off its 9,370 rupiah intraday low. It recently traded at 9,390 rupiah around, but was still down from its close Wednesday at 9,430 rupiah.

Taiwan’s central bank was spotted buying U.S. dollars early in the session after the local currency settled at its highest level against the U.S. unit in more than a year, traders said. The U.S. dollar was recently trading at 32.133 New Taiwan dollars, lower than Wednesday’s close of NT$32.180, but off its opening low of NT$32.098. Traders said if the U.S. dollar drops below NT$32.100 during the session, NT$32.000 remains a pretty strong support level in the near term.

Traders around Asia are looking at the key level in the Dollar Index, a trade-weighed measure of the U.S. currency’s performance against other major currencies including the euro. The index last traded at 76.05, down from 76.41 in New York late Wednesday, and bringing into sight the recent 13-month low at 75.82 hit Sept 23.

Write to David Roman at david.roman@dowjones.com