This is not done to help poor countries.

Now the elite, that has created the crisis, can buy more ‘cheap’ gold.

People will say Gordon Brown is just a terrible investor/market timer, but he is an elite puppet like Obama, Bush, Blair etc. working to establish the ‘New World Order’. 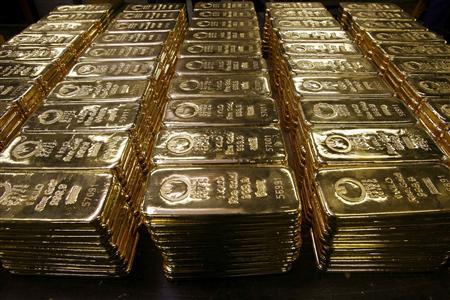 The International Monetary Fund has approved a sale of 403 metric tonnes of gold reserves, in a move likely to raise $13bn (£8bn) of cash to replenish its coffers for lending to low-income countries hit by the global economic downturn.

The sale amounts to roughly an eighth of the institution’s stockpile of the precious metal and comes as gold prices hit record highs, boosted by investors seeking safety away from volatile stock markets.

Dominque Strauss-Kahn, the IMF’s managing director, said sales would be conducted in a “responsible and transparent manner that avoids disruption to the gold market”. Speaking after a meeting of the IMF’s executive committee, he said the initiative would “put the financing of the IMF on a sound long-term footing and enable us to step up much needed concessional lending to the poorest countries”.

Among those pushing for the IMF to raise funds was Gordon Brown, who urged his counterparts to agree a sale at a meeting of G20 countries in London in April.

Charities have also been pressing for a sale of gold. A coalition including Oxfam and the campaigner Bob Geldof has been urging the IMF to raise as much as $5bn.

Possible buyers for some of the gold include China, Russia and India, which are keen to reduce their holdings of US dollars, wary of the size of America’s burgeoning budget deficit. A portion of the gold is likely to be auctioned on the open market.

The last time the IMF sold a significant quantity of gold was in 2000, when the 186-nation Washington-based institution was prompted to raised funds by economic crises in Brazil and Mexico.

A portion of the proceeds from the gold sale will go towards establishing a permanent endowment for the IMF – a project which has raised opposition among conservative critics who view it as a way for the IMF to guarantee its existence.