Has Russia sold out Iran?

… or is it because the missile defense system is a complete failure:

“The planned European missile defence system would have essentially no capability to defend against a real missile attack. Independent and US governmental technical analyses have shown that any country that could field a long-range missile could also add decoys and other counter-measures to that missile that would defeat a defence system like that being proposed for Europe,” the letter stated. 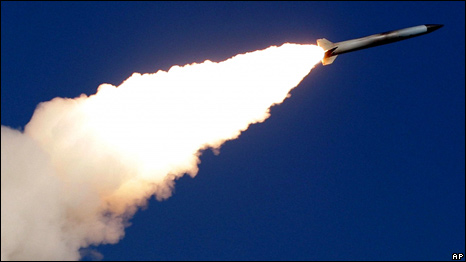 President Barack Obama has announced that he is shelving former President Bush’s plans for a missile defence system in Europe.

The project had become a major irritant in relations between the United States and Russia.

Instead of basing long-range interceptors in Poland and the Czech Republic, Mr Obama said there would be a redesigned defensive system that would be cheaper and more effective against the threat from Iranian missiles.

BRUSSELS (Reuters) – Russia will not deploy new missiles in the Kaliningrad enclave now that the United States has dropped plans to build an anti-missile shield in Poland and the Czech Republic, Russia’s envoy to NATO said on Friday.

“It was very positive, very constructive and we have to analyze together all the sec-gen’s proposals for the new beginning of NATO-Russia cooperation,” Rogozin told a news conference.

On Russian plans to deploy medium-range missiles in Kaliningrad, which borders Poland and Lithuania, he said: “I hope you can understand logic … if we have no radars or no missiles in the Czech Republic and Poland, we don’t need to find some response.”