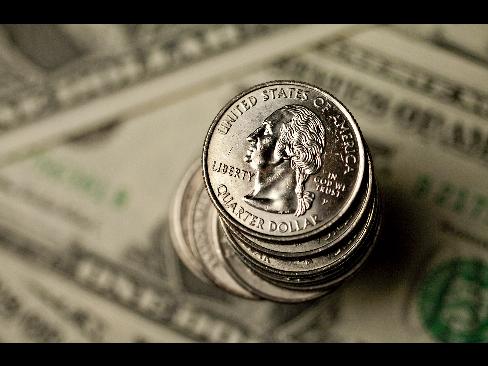 “Even though U.S. asset markets are doing well, they’re not doing well enough,” Englander said in an interview with Bloomberg Radio. “The question is, what is there in the U.S. to attract capital? And that answer is hard to find.”

Emerging economies such as China and Russia have questioned the dollar’s dominance in the global economy because of a federal budget deficit projected to exceed $1.5 trillion in the fiscal year that ends Sept. 30. Investors abroad reduced purchases of Treasuries by more than a third in July from the prior month and were also net sellers of U.S. corporate and agency debt.

The Standard & Poor’s 500 Index of U.S. stocks has gained 17 percent this year, lagging behind the 60 percent increase in Brazil’s Bovespa benchmark and the 28 percent advance in Canada’s S&P/TSX Composite Index. The Canadian dollar will probably rise to parity versus the U.S. currency from C$1.0658, or 93.83 U.S. cents, Englander predicted.

The dollar traded today within a penny of its lowest level in a year versus the euro and has fallen this month against all of its 16 most actively traded counterparts. The Dollar Index, which tracks the U.S. currency against the euro, yen, pound, Canadian dollar, Swedish krona and Swiss franc, has fallen 6.3 percent this year to 76.21.

The Dollar Index declined 15 percent from its three-year peak of 89.62 on March 4. The dollar fell the most this month against higher-yielding currencies including the South African rand, Brazilian real and New Zealand dollar.

The loonie appreciated 14 percent against the U.S. dollar this year after losing a record 18 percent in 2008. Its strength is creating “headwinds” that threaten the nation’s economic recovery, Bank of Canada Deputy Governor John Murray said on Sept. 15 in Berlin. A stronger Canadian dollar makes the nation’s exports more expensive.

The gain in Canada’s dollar prompted speculation the nation’s central bank is intervening to weaken it. A Bank of Canada spokeswoman, Stephanie Bento, said today that any intervention would be announced on the central bank’s Web site.

1 thought on “Barclays’ chief currency strategist: Dollar to Fall – ‘The question is, what is there in the US to attract capital? And that answer is hard to find.’”