And now the credit card crisis. Who will bailout the US consumers?

“The defaults are a wake-up call for those expecting a V-shaped recovery.”

V-shape recovery? There is no recovery:

– Job Losses: The Scariest Chart Ever 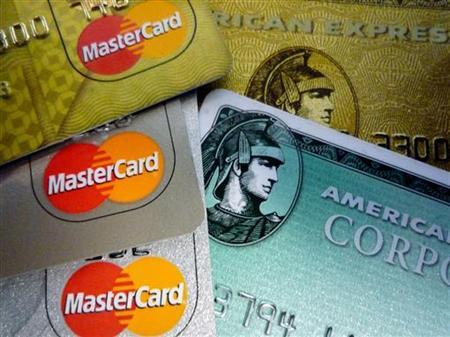 NEW YORK (Reuters) – Bank of America Corp and Citigroup Inc customers defaulted on their credit card debts in August at the highest rates since the onset of the recession, a sign that the banks’ consumer lending woes are far from over.

The trend was echoed among most other major credit card issuers, dashing optimism sparked when many banks and specialty finance companies reported lower default rates for July.

“People have gotten very bullish with the July data, and (the August data) raises the question about how fast the consumer will get better,” said Scott Valentin, an analyst at FBR Capital Markets. “People were assuming the pace would be pretty rapid, and this maybe slows the pace down.”

The worse-than-expected August numbers bolstered the contention of some analysts that the July decline in defaults was due more to seasonal effects, like tax refunds, then an improvement in consumers’ financial health.

Many analysts expect bad-loan levels will keep rising until later this year or early 2010.

“The defaults are a wake-up call for those expecting a V-shaped recovery,” said Elliot Spar, options market strategist at Stifel Nicolaus & Co.

Bank of America said its charge off-rate — loans the company does not expect to be repaid — rose to 14.54 percent in August from 13.81 percent in July.

Citigroup, the largest issuer of MasterCard-branded credit cards, said its charge-off rate rose to 12.14 percent in August from 10.03 percent in July.

The charge-off rates for both Citi and Bank of America, two of the biggest recipients of U.S. government bailouts, were the highest yet during the financial crisis.

Valentin said the rise in delinquencies at some companies was double or triple the levels expected.

NOT OUT OF THE WOODS YET

Credit card defaults usually track unemployment, which rose to a 26-year high of 9.7 percent in August. The jobless rate is expected to peak at more than 10 percent by year-end.

Considering the trend of unemployment and the increase in delinquencies, analysts have estimated credit card losses will keep rising in coming months.

Yet analysts have a rosier outlook now than they did a few months ago, expecting credit-card defaults to bottom out at an average of 11 percent to 12 percent, below earlier estimates of up to 14 percent.

Lenders are also raising fees and interest rates ahead of a new law that increases protection for consumers. The law is expected to shrink the industry and limit subprime borrowers’ access to plastic money.

Also on Tuesday, MasterCard Inc, the world’s second-largest credit card network, said the volume of payments it processed in the United States declined less in July and August than in the second quarter, a sign that the payments industry may be stabilizing.