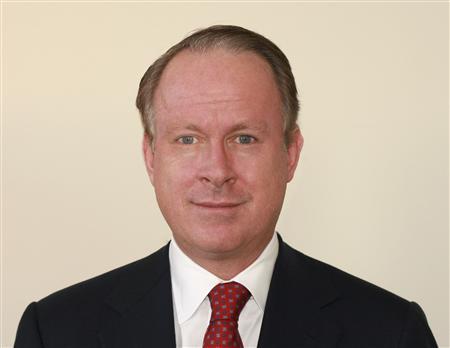 McDonald, 56, was found with a single gunshot wound in his car near a strip mall in Dartmouth, Massachusetts on Sunday afternoon. Police are still investigating.

“The preliminary investigation concludes that this was an apparent suicide,” said Gregg Miliote, a spokesman for Bristol County District Attorney Sam Sutter.

McDonald was credited with growing Rockefeller & Co, the New York-based family office established by oil tycoon John D. Rockefeller in 1882 to manage the dynasty’s assets, into a broader investment management company with roughly $28 billion in assets.

Known as a perfectionist who drove himself and his employees hard, McDonald lived in New York City where people who worked with him said he was equally at home in corporate boardrooms and the city’s most exclusive social circles.

Friends described McDonald, who earned degrees from Harvard and the University of Virginia, as a brilliant thinker who grasped difficult concepts quickly and had a vision to expand the company.

Several people who knew him professionally said on Tuesday that they were shocked by the news, noting they had no knowledge about any specific problems at Rockefeller & Co that might have prompted the death.

A spokesman at the Securities and Exchange Commission declined to comment on whether McDonald or the firm was facing any inquiries. In Massachusetts, where the state securities regulator has waged an aggressive campaign against investment advisers who were cheating clients, there is no investigation into McDonald or the company, a spokesman for Secretary of State William Galvin said.

The people, however, spoke of the mounting pressures McDonald faced while running an investment management business during exceedingly difficult financial market conditions.

Earlier this year, McDonald was one of the directors who left the board of lender CIT Group.

The directors cited the increased demands related to CIT becoming a bank holding company in December 2008 and time constraints related to each of their other professional commitments and responsibilities as their reasons for leaving, according to a CIT proxy.

McDonald was married with a son and daughter and had homes on Fifth Avenue in Manhattan and in Boston.

Rockefeller & Co confirmed the death in a short statement but declined to give further details. It said Austin Shapard, the company’s chief operating officer and chief financial officer, was now running the company.